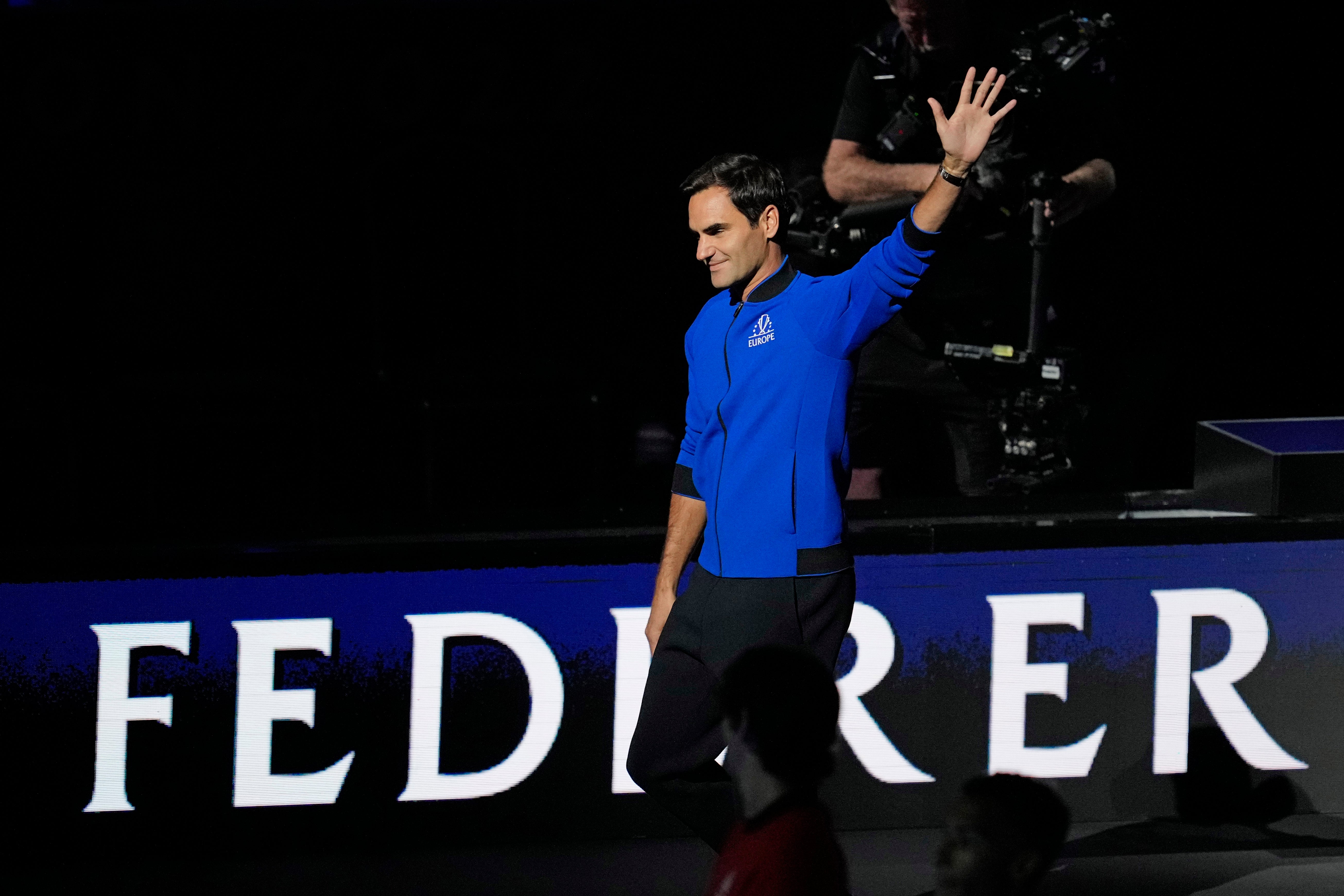 This day, this match, had to come, of course, for Roger Federer, and for tennis, just as it inevitably must for every athlete in every sport.
Federer bid adieu Friday night with one last contest before he heads into retirement at age 41 after a superlative career that included 20 Grand Slam titles and a statesman’s role. He wrapped up his days as a professional player with a loss in doubles alongside his longtime rival Rafael Nadal for Team Europe in the Laver Cup against Frances Tiafoe and Jack Sock of Team World.
The truth is that the victors, the statistics and the score (OK, for the record it was 4-6, 7-6 (2), 11-9) did not matter, and were all so entirely beside the point. The occasion was, after all, about the farewell itself. Or, better, the farewells, plural: Federer’s to tennis, to the fans, to his competitors and colleagues. And, naturally, each of those entities’ farewells to Federer.
When the match, and with it his time in professionl tennis, ended, Federer hugged Nadal, then Tiafoe and Sock. And then Federer began crying as he went to greet the other members of Team Europe. As cascades of clapping and yells of affection came from the stands, Federer put his hands on his hips, his chest heaving. Then he mouthed, “Thank you,” while applauding right back toward the spectators who had chanted, “Let’s go, Roger! Let’s go!” during the concluding moments of a match that lasted more than two hours and ended at about 12:30 a.m.
The Swiss star announced last week that the three-day team event, which was founded by his management company, would be his final event before retirement, then made clear the doubles outing would be his last match. His surgically repaired right knee -- the last of three operations came shortly after a loss in the Wimbledon quarterfinals in July 2021, which will go down as his final official singles match -- is in no shape to allow him to continue.
“For me, just personally, (it was) sad in the first moment, when I came to the conclusion it’s the best decision,” Federer said in an interview with The Associated Press this week about his emotions when realizing it was time to go. “I kind of held it in at first, then fought it off. But I could feel the pain.”
A couple of hours before Friday’s match, Federer tweeted: “I’ve done this thousands of times, but this one feels different. Thank you to everybody who’s coming tonight.”
It was poetic that Federer would close things out by sharing a court with Nadal, who was often an on-court nemesis but became an off-court friend.
Before Federer, the men’s mark for most major tennis championships was 14 by Pete Sampras. Federer blew past that, accumulating eight at Wimbledon, six at the Australian Open, five at the U.S. Open and one at the French Open.
His substantial resume includes 103 career singles trophies in all, 310 weeks at No. 1 in the ATP rankings, a Davis Cup title and Olympic medals. Beyond his elegance and effectiveness on court, Federer was seen as a statesman for tennis, someone whose immense popularity helped drive fans to the sport.
By HOWARD FENDRICH
Related Stories
3h ago

Burrow leads Bengals to 1st win of season, 27-12 over Jets

Mat Barzal: On opening camp and contract talks with Isles

See all
3h ago

Burrow leads Bengals to 1st win of season, 27-12 over Jets

Rihanna to headline the next Super Bowl halftime show