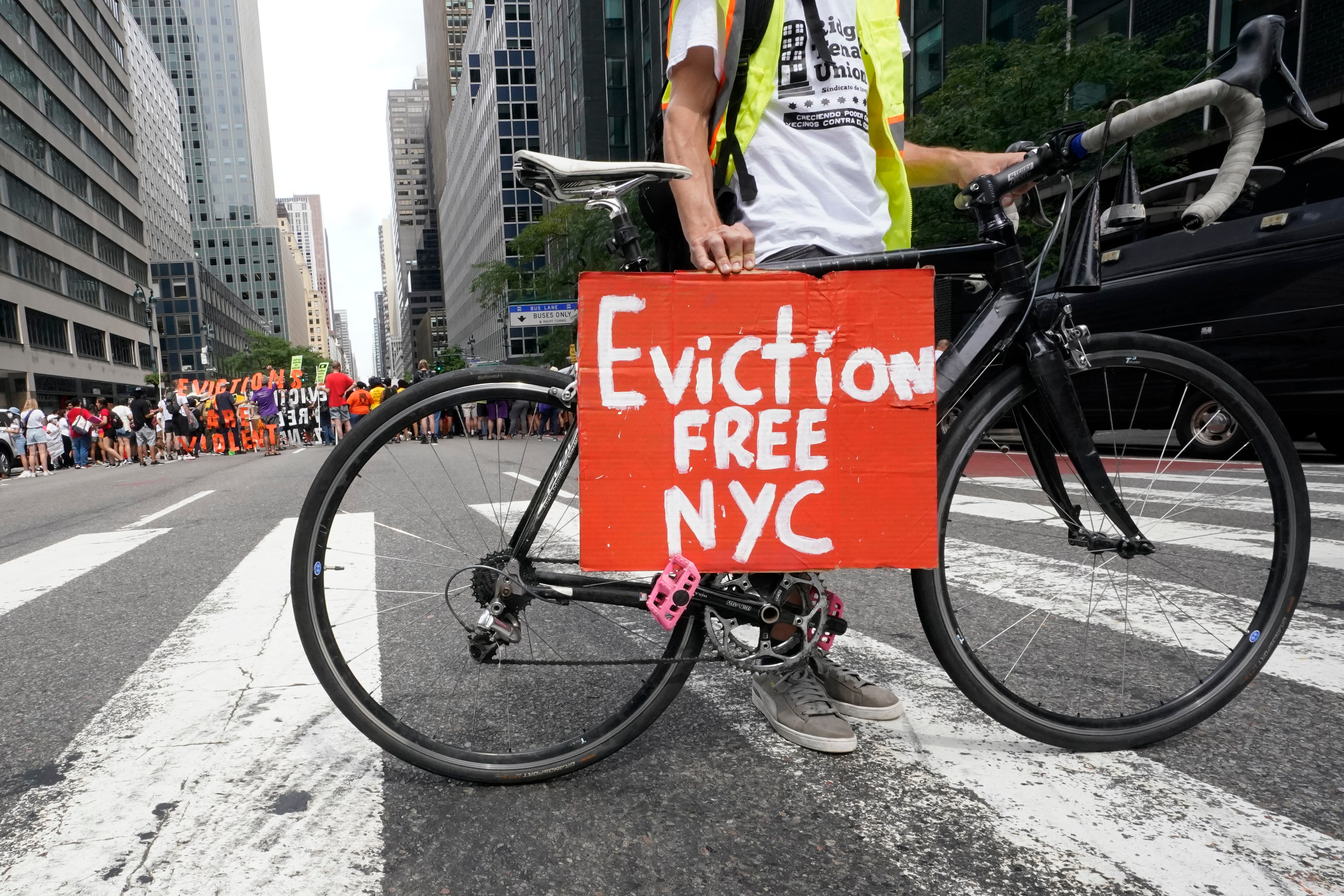 ALBANY, N.Y. - New York will let its eviction and foreclosure moratorium expire at the end of the week, but will once again let people apply for eviction protection and rent relief, Gov. Kathy Hochul said Tuesday.
The state Office of Temporary Disability Assistance said the application portal will open at 10 p.m. Tuesday - even though the state doesn't have enough money to provide any more rent relief, absent a deluge of federal funding. Applicants get protection from eviction while the state reviews their application.
A state judge last week ordered New York to reopen the application portal for now, as the court considers a lawsuit filed by tenants and the Legal Aid Society.
Tenant advocates say it's unfair for the state government to leave thousands of still-struggling New Yorkers without eviction protections, particularly as the eviction ban is about to end Saturday.
Lawyers for the Hochul administration have argued it's wrong to offer false hope to applicants whose landlords won't receive rent relief without more aid from Washington.
Hochul used her Tuesday press conference to make clear that she plans to let the eviction moratorium expire.
“What we want to do is let people know that is concluding, very shortly,” Hochul said. “I’m having conversations with the Legislature on what to do.”
She said New York extended its eviction moratorium last fall even as other states let theirs end, and that she and other governors, including from California, will again ask the federal government for more assistance.
Lawmakers are considering other ways to help tenants, including legislation that would make it much harder for landlords to evict tenants.
New York has spent about half of $2.4 billion in federal funding for emergency rent relief. Much of the remainder has yet to reach landlords because, according to the state, it's having trouble contacting landlords and tenants.
New York is set to receive just $27 million in extra federal rent aid - a sliver of the nearly $1 billion Hochul sought last fall.
Joseph Strasburg, president of the Rent Stabilization Association, which represents 25,000 owners and managers housing over 2.5 million people in New York City, said the state should keep pushing for federal aid and fully reopen housing courts.
"It’s time to end the eviction moratorium and put an end to tenants skipping the rent because there are no repercussions for not paying,” Strasburg said.
He said existing state law allows tenants to argue in court that they can’t pay rent because of a COVID-19 financial hardship.
By MARINA VILLENEUVE
Related Stories

Board of Legislators votes to require warning labels on firearms