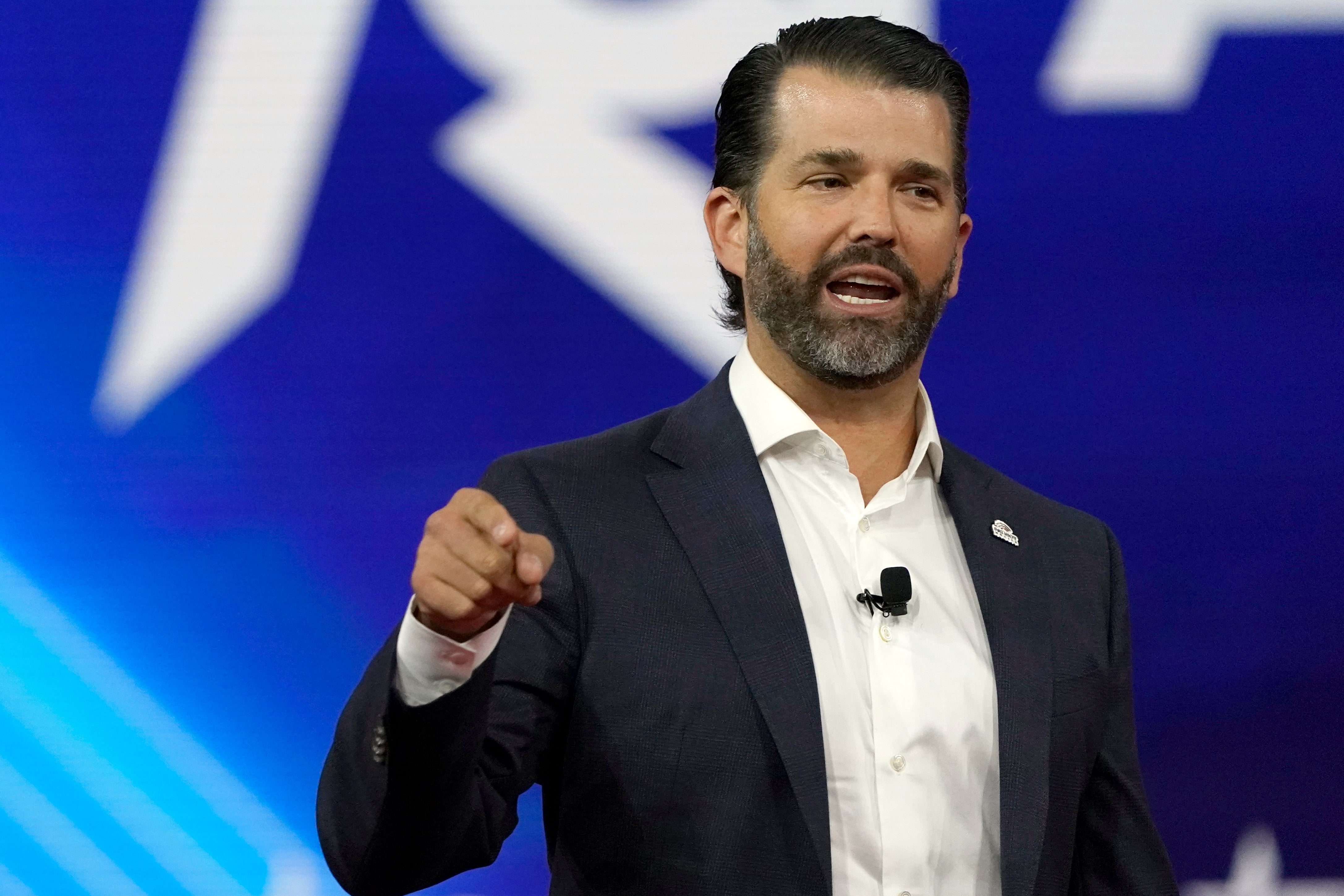 The oldest son of former President Donald Trump has met with the congressional committee investigating the Jan. 6, 2021, insurrection at the U.S. Capitol, according to two people familiar with the matter.
The interview with Donald Trump Jr. took place Tuesday.
The two people who confirmed the interview insisted on anonymity to discuss a private meeting.
Trump Jr. is one of nearly 1,000 witnesses the committee has interviewed as it works to compile a record of the attack, the worst on the Capitol in more than two centuries. He is the second of Trump’s children known to speak to the committee after his sister Ivanka Trump sat down with lawmakers for eight hours in early April.
Trump Jr. was seen backstage at the rally on the White House Ellipse that took place shortly before Trump supporters marched to the Capitol and breached the building. In several social media videos posted at the time of the attack, Trump Jr. was seen with his girlfriend, Kimberly Guilfoyle, and other members of his family as his father prepared to speak to the crowd.
The House committee has also released text messages from Jan. 6 in which Trump Jr. pleaded with the White House to get his father to forcefully condemn the riot.
“We need an Oval address. He has to lead now. It has gone too far and gotten out of hand,” Trump Jr. wrote to then-White House chief of staff Mark Meadows.
Related Stories
6m ago

The moments resonating from the Jan. 6 hearings (so far)

Powell: Fed will decide on rate hikes 'meeting by meeting'