By: News 12 Staff
A Long Islander is on a mission to find the owner of a World War II service pin.
Sayville resident Star Wahnon found the pin in the parking lot of a Wendy's restaurant on Jericho Turnpike in Jericho six years ago. 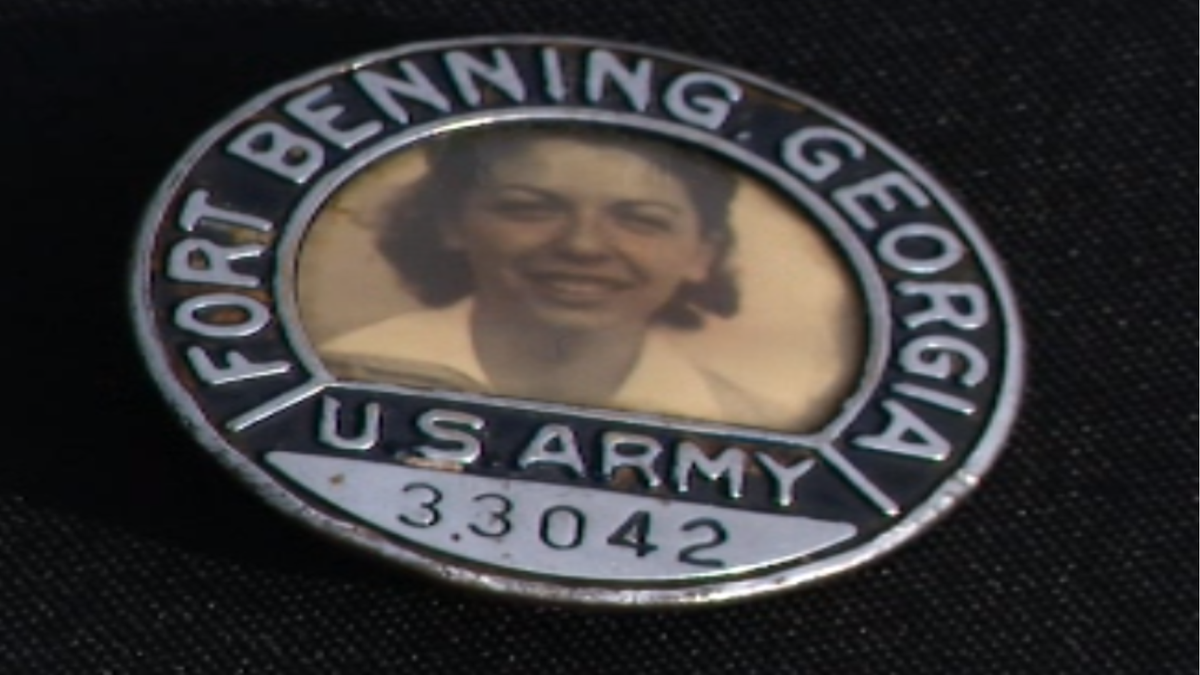 The pin is about 1.5 inches in diameter and has the words "Fort Benning, Georgia U.S. Army" along with an ID number.
In the center, there is a photo of a smiling military base worker.
Wahnon says as the daughter of a Korean War soldier and wife of a Marine, she knows this memento means a lot to the person who misplaced it.
"This is not contemporary," Wahnon says. "This is something that's gone down generations and generations, and if there's somebody in this person's family that's military, this means an awful, awful lot."
The U.S. Army only issued those kinds of badges to civilian employees at military bases as a security measure against spies.
"During World War II, there was concern about possible espionage or sabotage at different U.S. factories and especially military installations," says Rebecca Bush curator of history/ exhibitions manager at the Columbus Museum "So several military posts developed their own forms of ID badges for civilians who were coming onto posts or onto the base."
Wahnon says she has called the Army, Fort Benning and posted on Facebook to try to track down the owner of the pin.
So far, she has not found the rightful owner of the pin. She is still hopeful that someone recognizes the pin so it can be returned.
Related Stories