'I slept through the entire thing.' Teen sleeps through pickup crashing into Westbury home

By: News 12 Staff
Police say a pickup truck driver has been arrested after driving through a yard and slamming into a home in Westbury.
The incident happened on Cypress Lane on Thursday at around 1 a.m.
"I saw the whole door was gone and I see the street. I wanted to see what happened, so I went to my son's room and I saw there was a hole. I didn't know if there was a car that went through there," said Thu Pham.
The pickup truck was either entering or exiting the Wantagh Parkway and drastically missed the ramp, officials say.
The truck then went through the living room, Pham's 13-year-old son's bedroom, a fence and a patio before stopping feet from a neighbor's home.
The homeowner says the driver got out and spoke to the family.
"I saw him. He go like this, 'I'm sorry. I don't know you guys. I'm sorry,'" said Pham.
News 12 is told that Blas Flores-Velasquez, 42, was allegedly driving while intoxicated when the incident happened.
Police say Flores-Velasquez then ran off. Police brought in the K-9 unit to locate him. It was one of their dogs that tracked him down in the bushes along the Wantagh Parkway.
Police say he has four prior arrests and was previously deported. The suspect was currently living illegally in Brentwood, according to authorities.
"It's part of the open borders philosophy by the administration in Washington, and we're seeing the consequences now," says Nassau County Executive Bruce Blakeman. "People coming to the United States and committing crimes."
Officials say what might be the most remarkable part of the story is what the 13-year-old told News 12 he remembered of the wild morning.
"I slept through the entire thing. Everyone around me woke up somehow. I guess I'm a really heavy sleeper," said Jayden Grinh.
A police officer tells News 12 it was likely a pillar behind a plank of wood that kept the bedroom from collapsing.
The family said they won't be able to sleep at the home for some time because it is not safe.
They tell News 12 that five people live in the home, including parents, two children and their grandfather.
No one was hurt during the incident.
"I saw my kids and they were OK, but I was scared and ​shaking, and I'm devastated, and I don't know what to do," Pham says.
Flores-Velasquez was arraigned Thursday.
He is facing several charges, including leaving the scene of an incident and driving while intoxicated. 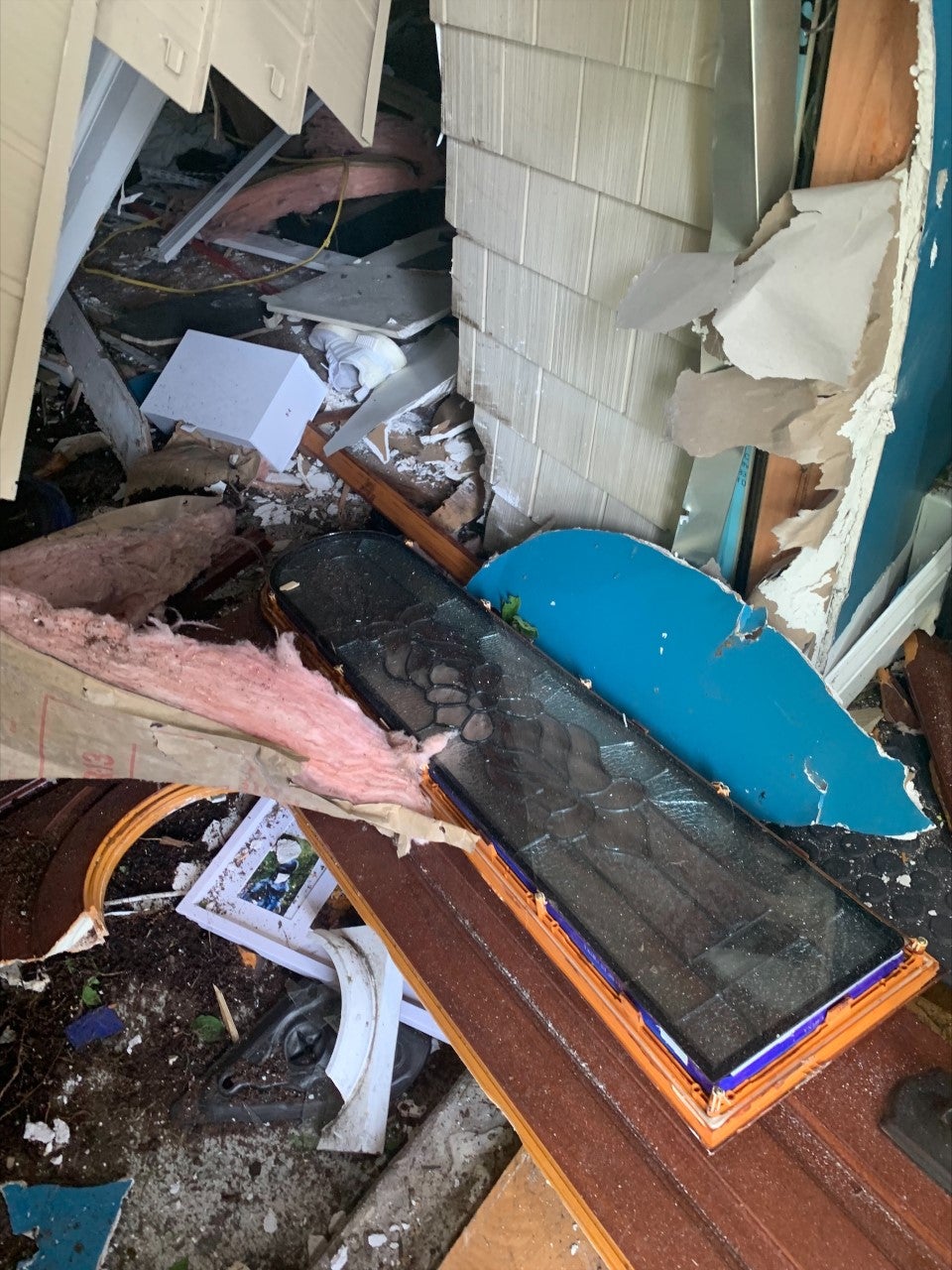 US case of monkeypox reported in Massachusetts man