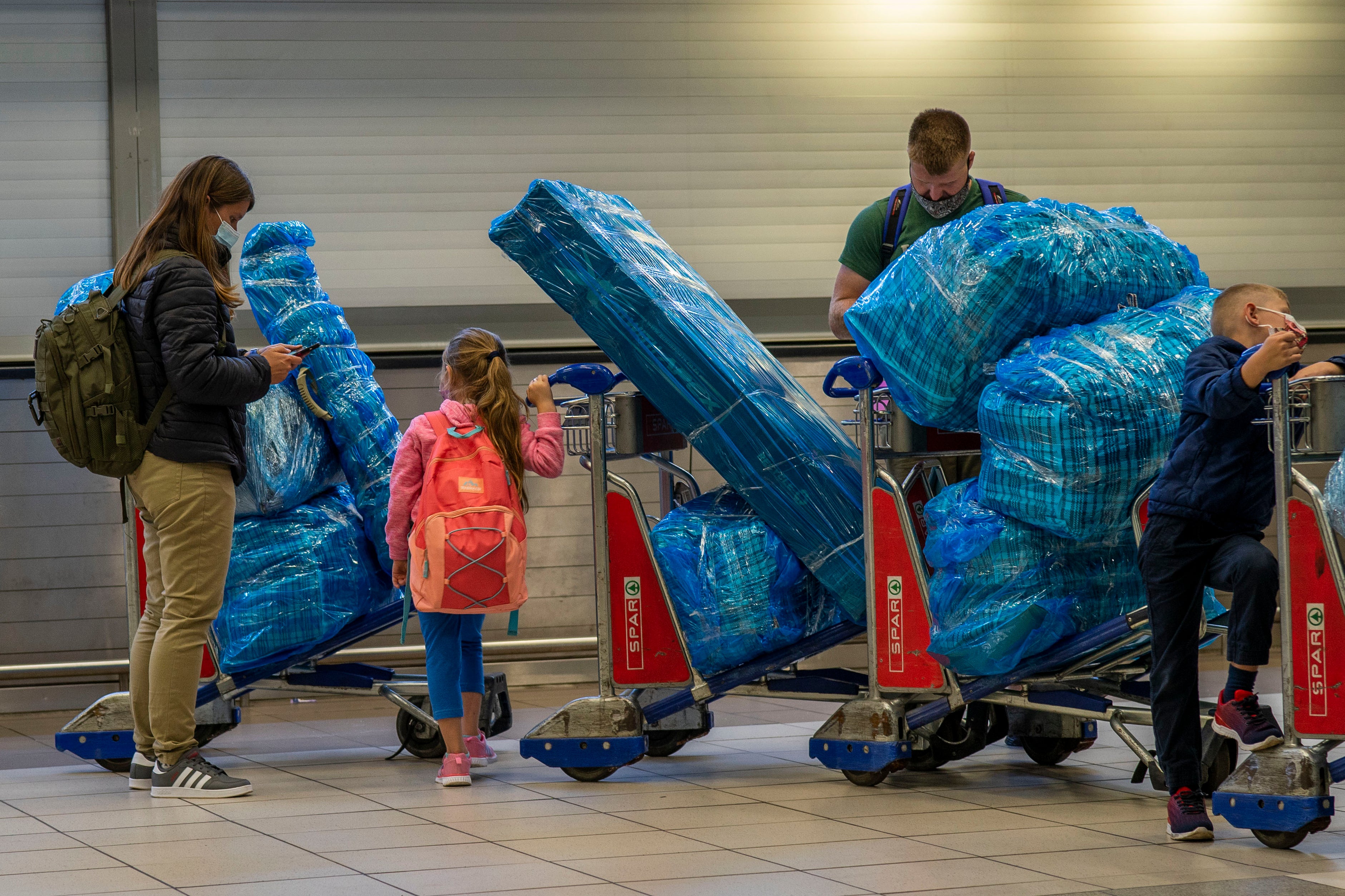 Tourism businesses that were just finding their footing after nearly two years of devastation wrought by the COVID-19 pandemic are being rattled again as countries throw up new barriers to travel in an effort to contain the omicron variant.
From shopping districts in Japan and tour guides in the Holy Land to ski resorts in the Alps and airlines the world over, a familiar dread is rising about the renewed restrictions. 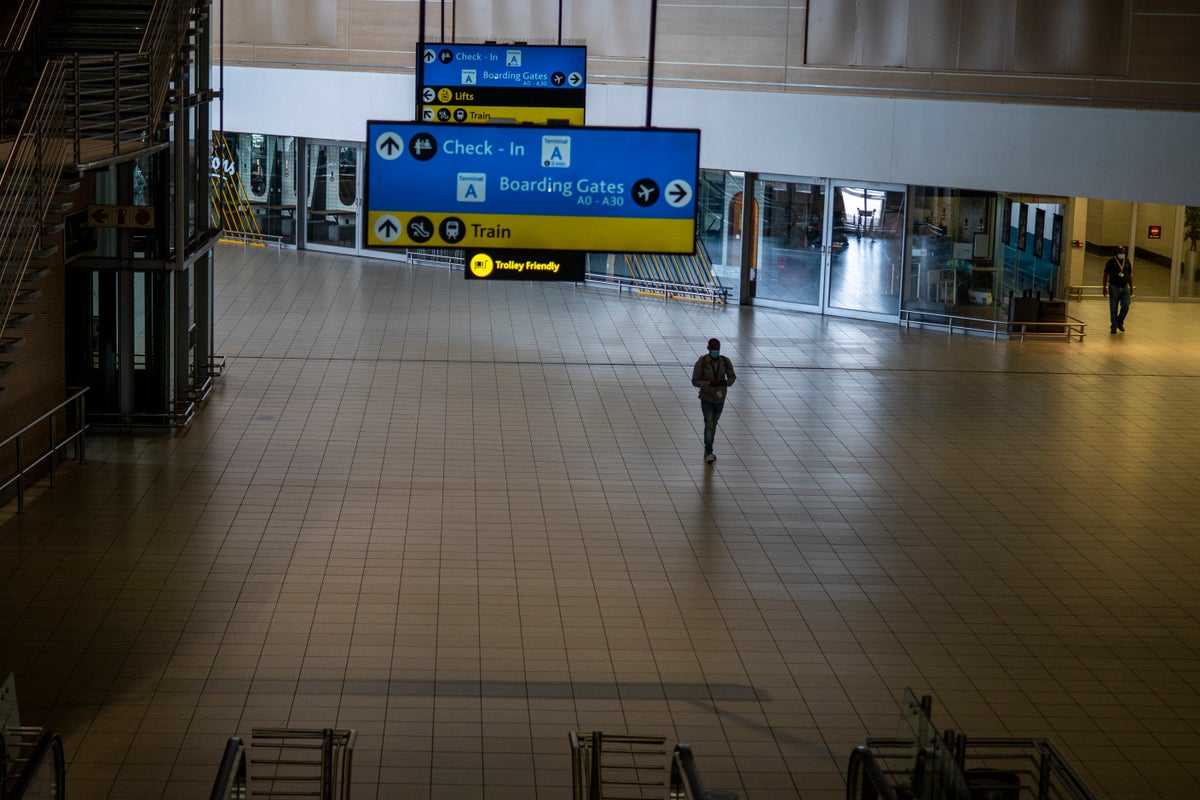 Meanwhile, travelers eager to get out there have been thrown back into the old routine of reading up on new requirements and postponing trips.
Abby Moore, a librarian and associate professor at the University of North Carolina, Charlotte, was scheduled to leave for Prague on Wednesday. But the day before her flight, she started having doubts when she saw that Prague had closed its Christmas markets and imposed a city-wide curfew.
“I wasn’t really concerned about my trip until the Czech Republic started what looked like a mini-lockdown process,” said Moore, who decided to reschedule her travel to March. 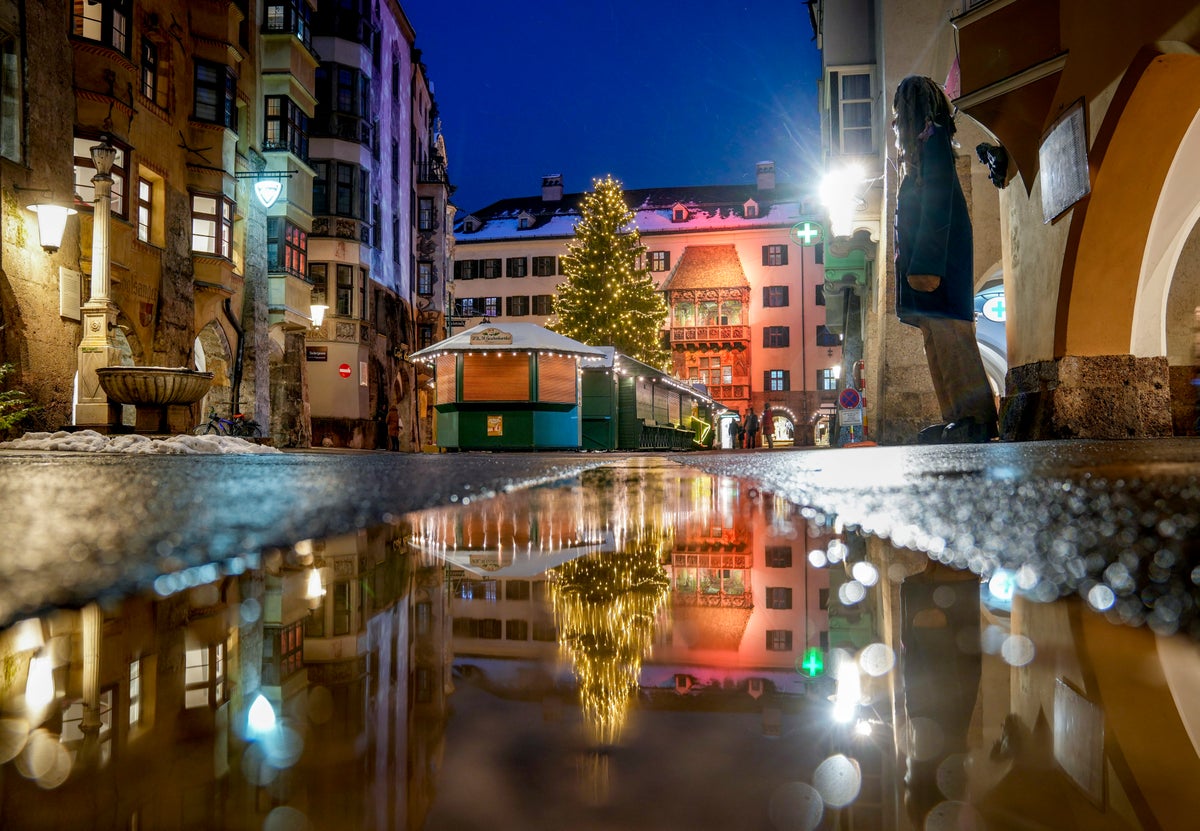 Less than a month after significantly easing restrictions for inbound international travel, the U.S. government has banned most foreign nationals who have recently been in any of eight southern African countries. A similar boomerang was seen in Japan and Israel, both of which tightened restrictions shortly after relaxing them.
While it is not clear where the variant emerged, South African scientists identified it last week, and many places have restricted travel from the wider region, including the European Union and Canada.
For all the alarm, little is known about omicron, including whether it is more contagious, causes more serious illness or can evade vaccines. 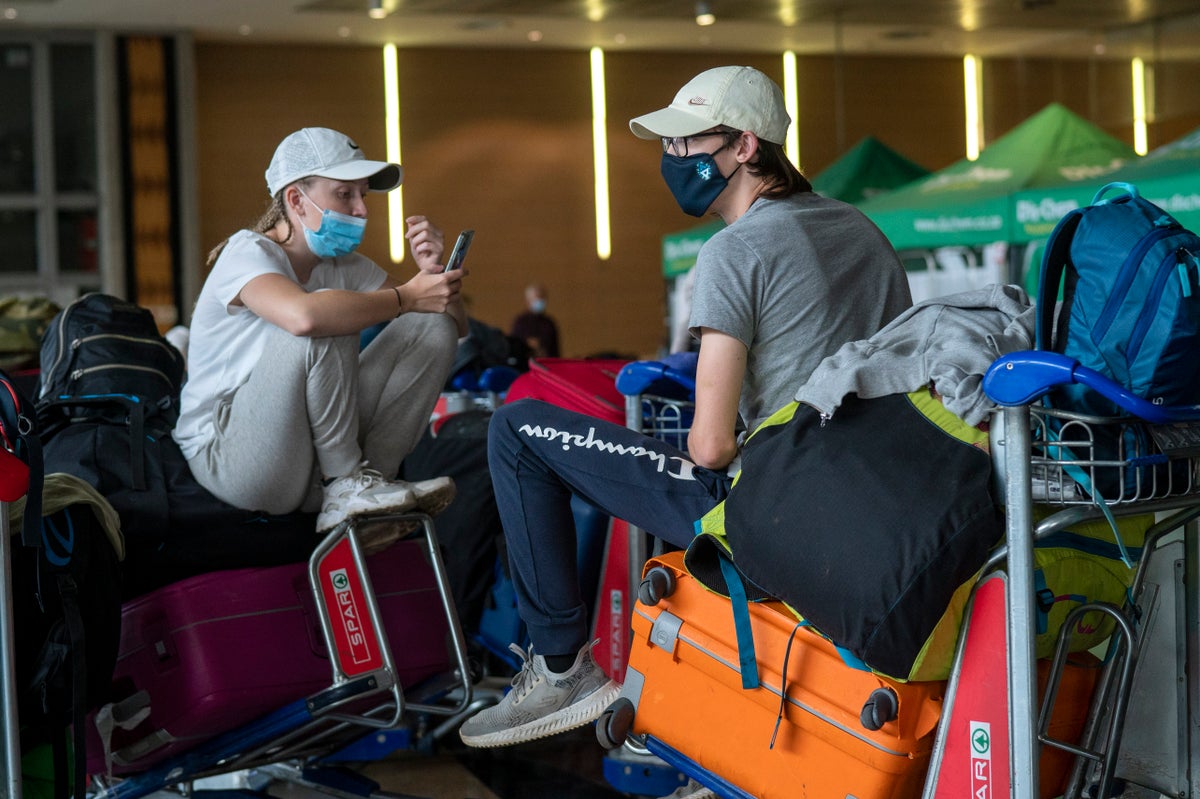 Still, governments that were slow to react to the first wave of COVID-19 are eager to avoid past mistakes. The World Health Organization says, however, that travel bans are of limited value and will “place a heavy burden on lives and livelihoods.” Other experts say travel restrictions won’t keep variants out but might give countries more time to get people vaccinated.
London-based airline easyJet said Tuesday that renewed travel restrictions already appear to be hurting winter bookings, although CEO Johan Lundgren said the damage is not yet as severe as during previous waves. The CEO of SAS Scandinavian Airlines said winter demand was looking up, but now we “need to figure out what the new variants may mean.”
“In the past year, each new variant has brought a decline in bookings, but then an increase once the surge dissipates,” said Helane Becker, an analyst with financial services firm Cowen. “We expect the same pattern" this time.
Israel’s decision to close the country to foreign visitors is hitting the nation’s tourism industry as it geared up for the Hanukkah and Christmas holidays. The country only opened to tourists in November, after barring most foreign visitors since early last year.
Just over 30,000 tourists entered Israel in the first half of November, compared to 421,000 in November 2019, according to government figures.
Joel Haber, a Jerusalem-based guide, said during a typical Hanukkah holiday his calendar would be chock full of food tours through Jerusalem’s colorful Mahane Yehuda market. Instead, he has just one tour a day. 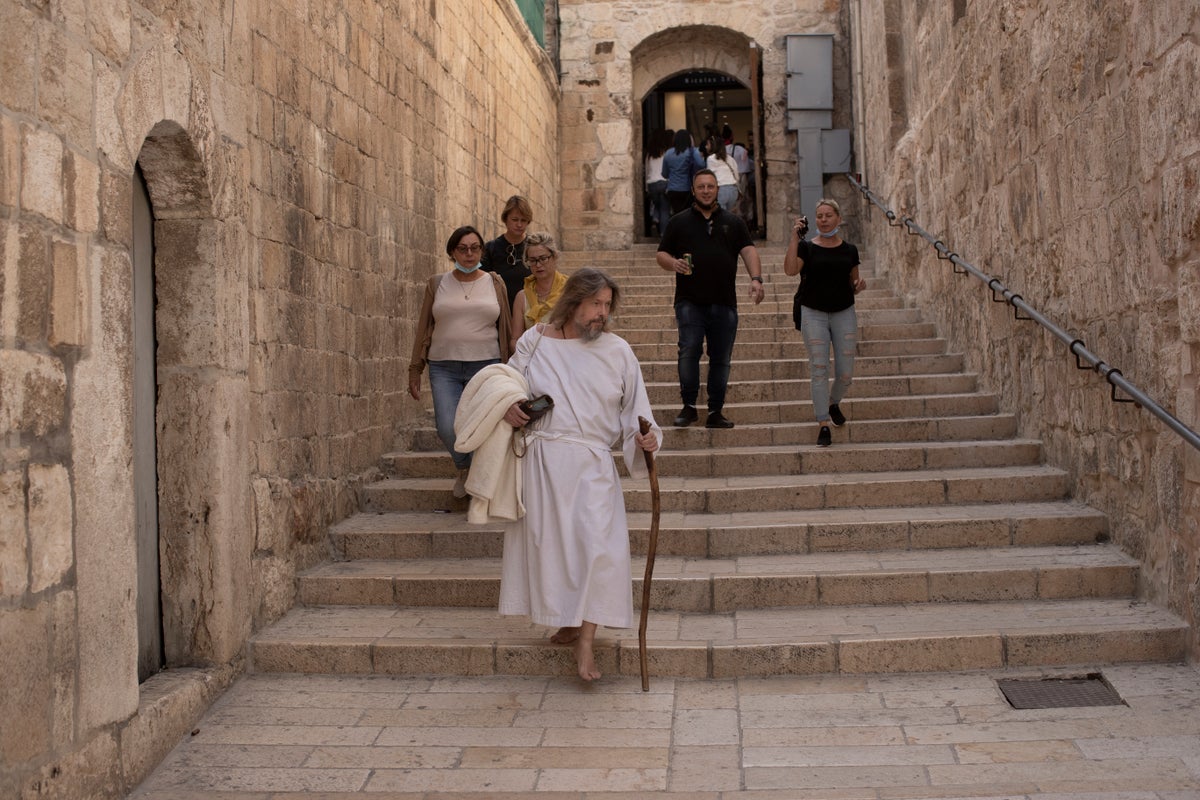 “Tour operators like me are the first to get hit and the last to emerge and are directly prevented from working by a government decision,” Haber said.
In the West Bank city of Bethlehem, revered by Christians as Jesus’ birthplace, local businesses expected a boost from Christmas tourism. The Bethlehem Hotel, one of the largest in the city, has operated at a fraction of capacity for the past 18 months.
“Everyone who had bookings over the next two weeks has canceled, while others are waiting to see what happens next,” said the hotel’s manager, Michael Mufdi. “I don’t know how much longer we can last, but we are doing our best.”
The pandemic already caused foreign tourism in Japan to shrink from 32 million visitors in 2019 to 4 million last year, a trend that has continued through this year.
As worries surfaced about omicron, Japan on Wednesday tightened its ban on foreign travelers, asking airlines to stop taking new reservations for all flights arriving in the country until the end of December. Prime Minister Fumio Kishida has pushed for avoiding “the worst-case scenario” and reversed a relaxation of travel restrictions that had been in effect just three weeks.
The crowds of Chinese shoppers who used to arrive in Tokyo’s glitzy Ginza district in a stream of buses to snap up luxury items have long disappeared. Restaurants and bars have been forced to restrict hours. 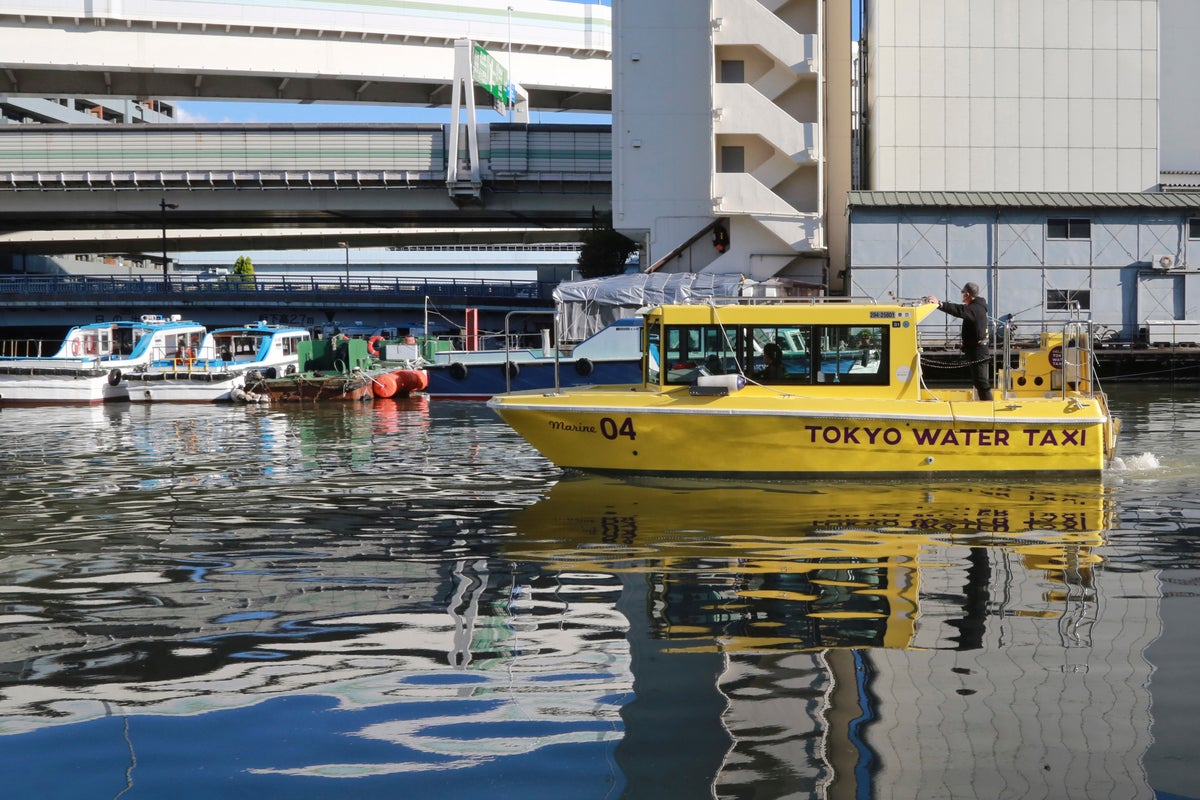 In Asakusa, a quaint part of town filled with souvenir shops, rickshaw drivers, and stalls selling traditional sweets, news of the omicron variant made little difference this week. Vendors say there hasn’t been any business for months except for a few local customers.
Boat charter operator Tokyo Water Taxi started on the city’s waterfront in 2015, when hopes were high for cashing in on the booming tourism trade. With the variant pushing the return of foreign visitors far into the future, the company is trying to look on the bright side.
“It’s growing popular with Tokyo residents, who have lost other ways to entertain themselves,” said company spokeswoman Yuha Inoue.
In Europe, Alpine ski resorts worry about how to keep up with requirements such as ensuring all skiers are vaccinated or recovered from infection and have tested negative for the virus. 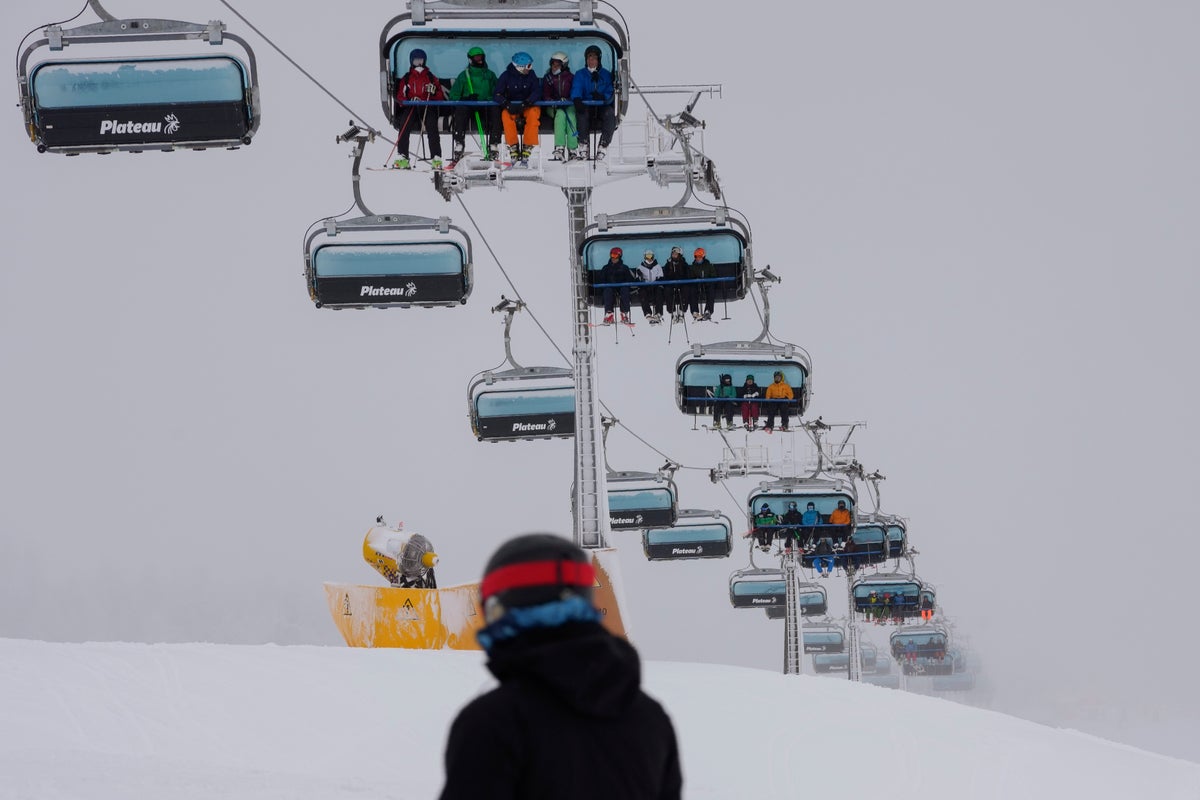 Matthias Stauch, head of the German ski lift operators association VDS, said many are small family businesses that lack the staff to perform such checks. Meanwhile, the association is warning about “massive” economic damage to the tourism sector if there is another lockdown.
Travel executives argue that government decisions about restrictions should wait until more is known about omicron, but they admit it's a difficult call.
“If you wait, by the time you have all the data it's probably too late to stop community spread because (the virus) is already here," said Robert Jordan, the incoming CEO at Southwest Airlines. “If you jump ahead, you run the risk of the measures being more impactful than the actual cases.”
About a month ago, Javier Barragan and his husband booked a visit to Paris for later this month. When news of omicron hit, they were concerned but decided to go ahead with the trip.
“The way that it was in the news, there’s a sense of ‘Oh, is this worse? Is this different?’” said Barragan, who lives in New York. France’s health protocols - the couple will have to submit vaccine cards to enter the country - made them feel more comfortable. Also, both got booster shots.
They did, however, buy travel insurance that will cover cancellation for most any reason.
Related Stories
16h ago

Do you constantly reuse the same username and password? 6 steps to help safeguard your online accounts

Are you looking to get an N95 mask? Here’s how you can spot the counterfeit ones.

How to crush your holiday debt

Millennial Money: What to do if you buy now, can't pay later

Toddler accidentally purchases nearly $2,000 worth of items from Walmart

The New Normal: What do we learn as new coronavirus variants emerge?