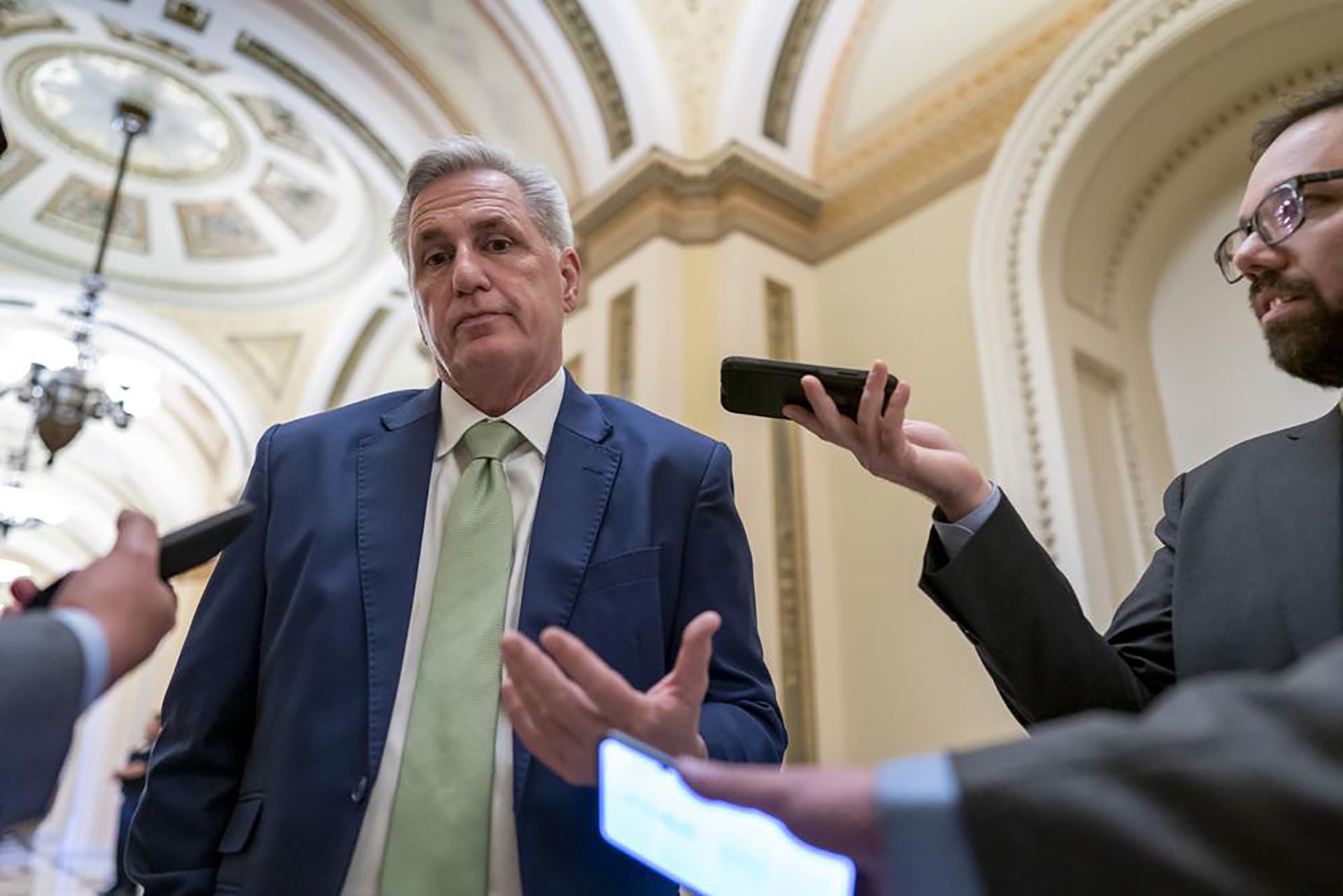 WASHINGTON (AP) — House investigators said Thursday they have issued subpoenas to House Republican Leader Kevin McCarthy and four other GOP lawmakers as part of their probe into the violent Jan. 6 insurrection, an extraordinary step that has little precedent and is certain to further inflame partisan tensions over the 2021 attack.
The Jan. 6 panel’s subpoenas for McCarthy, R-Calif., and Republican Reps. Jim Jordan of Ohio, Scott Perry of Pennsylvania, Andy Biggs of Arizona and Mo Brooks of Alabama come as the investigation is winding down and as the panel prepares for a series of public hearings this summer.
The committee has been investigating McCarthy’s conversations with then-President Donald Trump the day of the attack and meetings that the four other lawmakers had with the White House as Trump and his aides conspired how to overturn his defeat. They have been debating for months over whether to issue the subpoenas.
Congressional subpoenas for sitting members of Congress, especially for a party leader, are almost without precedent in recent decades. The panel had previously asked for voluntary cooperation from the five men, along with a handful of other GOP lawmakers, but all of them refused to speak with the panel.
“These members include those who participated in meetings at the White House, those who had direct conversations with President Trump leading up to and during the attack on the Capitol, and those who were involved in the planning and coordination of certain activities on and before January 6th,” the committee said as it announced the subpoenas.
McCarthy has acknowledged that he spoke with Trump on Jan. 6, 2021, which happened as Trump’s supporters were beating police outside the Capitol and forcing their way into the building. But he has not shared many details. The committee requested information about his conversations with Trump “before, during and after” the riot.
McCarthy took to the House floor after the rioters were cleared and said in a forceful speech that Trump “bears responsibility” for the attack and that it was the “saddest day I have ever had” in Congress — even as he went on to join 138 other House Republicans in voting to reject the election results.
The GOP leader soon made up with Trump, though, visiting him in Florida and rallying House Republicans to vote against investigations of the attack.
Related Stories
5h ago

Karine Jean-Pierre to be next White House press secretary

Dolly Parton, Eminem, Richie get into Rock Hall of Fame