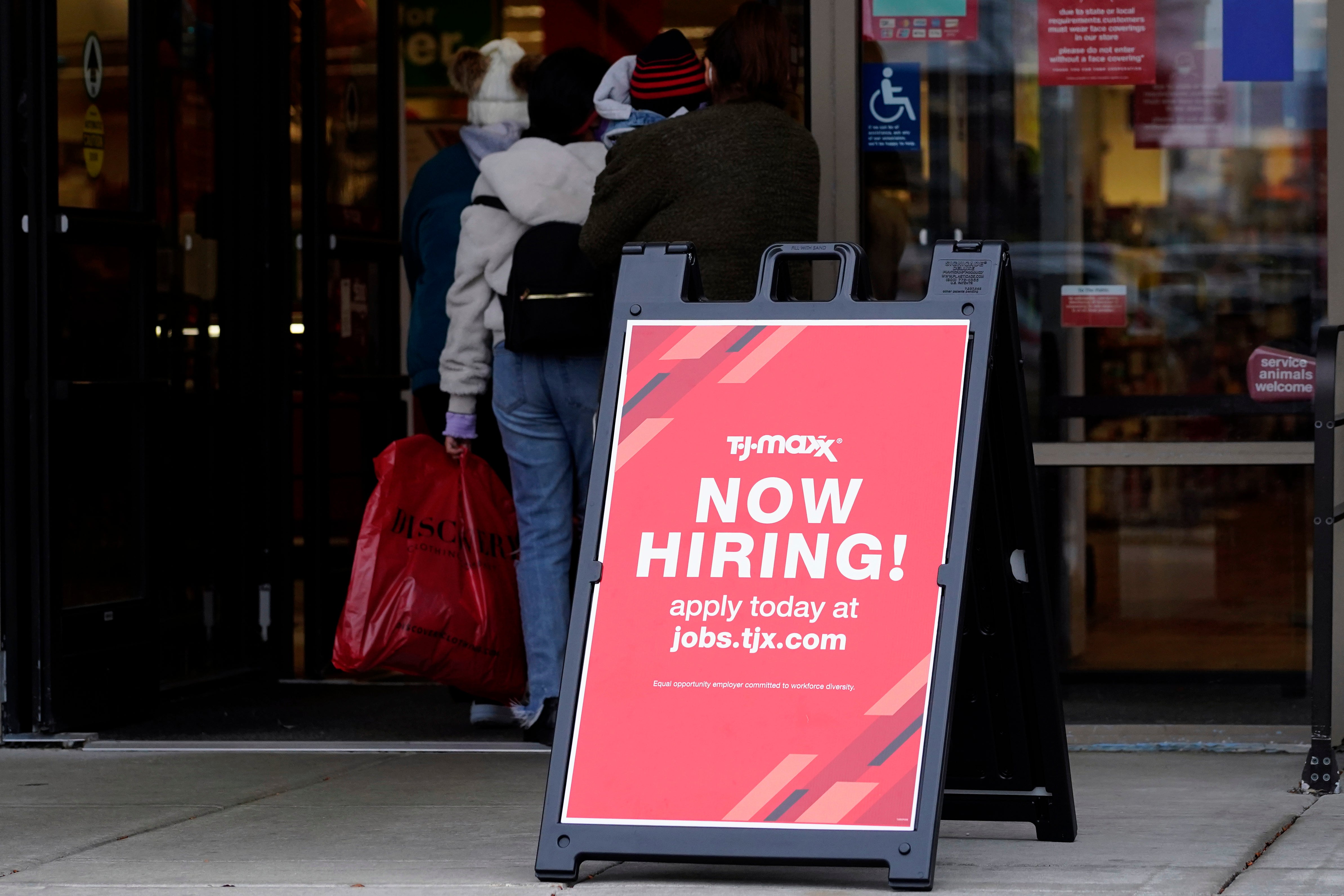 The number of Americans applying for unemployment benefits plummeted last week to the lowest level in more than half a century, another sign that the U.S. job market is rebounding rapidly from last year's coronavirus recession.
Jobless claims dropped by 71,000 to 199,000, the lowest since mid-November 1969. But seasonal adjustments around the Thanksgiving holiday contributed significantly to the bigger-than-expected drop. Unadjusted, claims actually ticked up by more than 18,000 to nearly 259,000.
The four-week average of claims, which smooths out weekly ups and downs, also dropped - by 21,000 to just over 252,000, the lowest since mid-March 2020 when the pandemic slammed the economy.
Since topping 900,000 in early January, the applications have fallen steadily toward and now fallen below their prepandemic level of around 220,000 a week. Claims for jobless aid are a proxy for layoffs.
Overall, 2 million Americans were collecting traditional unemployment checks the week that ended Nov. 13, down slightly from the week before.
“Overall, expect continued volatility in the headline figures, but the trend remains very slowly lower," Contingent Macro Advisors wrote in a research note.
Until Sept. 6, the federal government had supplemented state unemployment insurance programs by paying an extra payment of $300 a week and extending benefits to gig workers and to those who were out of work for six months or more. Including the federal programs, the number of Americans receiving some form of jobless aid peaked at more than 33 million in June 2020.
The job market has staged a remarkable comeback since the spring of 2020 when the coronavirus pandemic forced businesses to close or cut hours and kept many Americans at home as a health precaution. In March and April last year, employers slashed more than 22 million jobs.
But government relief checks, super-low interest rates and the rollout of vaccines combined to give consumers the confidence and financial wherewithal to start spending again. Employers, scrambling to meet an unexpected surge in demand, have made 18 million new hires since April 2020 and are expected to add another 575,000 this month. Still, the United States remains 4 million short of the jobs it had in February 2020.
Companies now complain that they can't find workers to fill job openings, a near-record 10.4 million in September. Workers, finding themselves with bargaining clout for the first time in decades, are becoming choosier about jobs; a record 4.4 million quit in September, a sign they have confidence in their ability to find something better.
Related Stories

Take a 'paws.' Meet the Puppy Bowl players with ties to western CT