By: News 12 Staff
Neighbors in Bethpage are looking for whoever sent out an anonymous letter asking people to take down their Christmas lights.
Someone on Berkshire Road was offended by the lights that remain up this month to the point that they sent multiple typed letters, putting them in the mail to say that the lights need to come down. One recipient says their lights are a connection to family members who lost their lives to COVID-19. 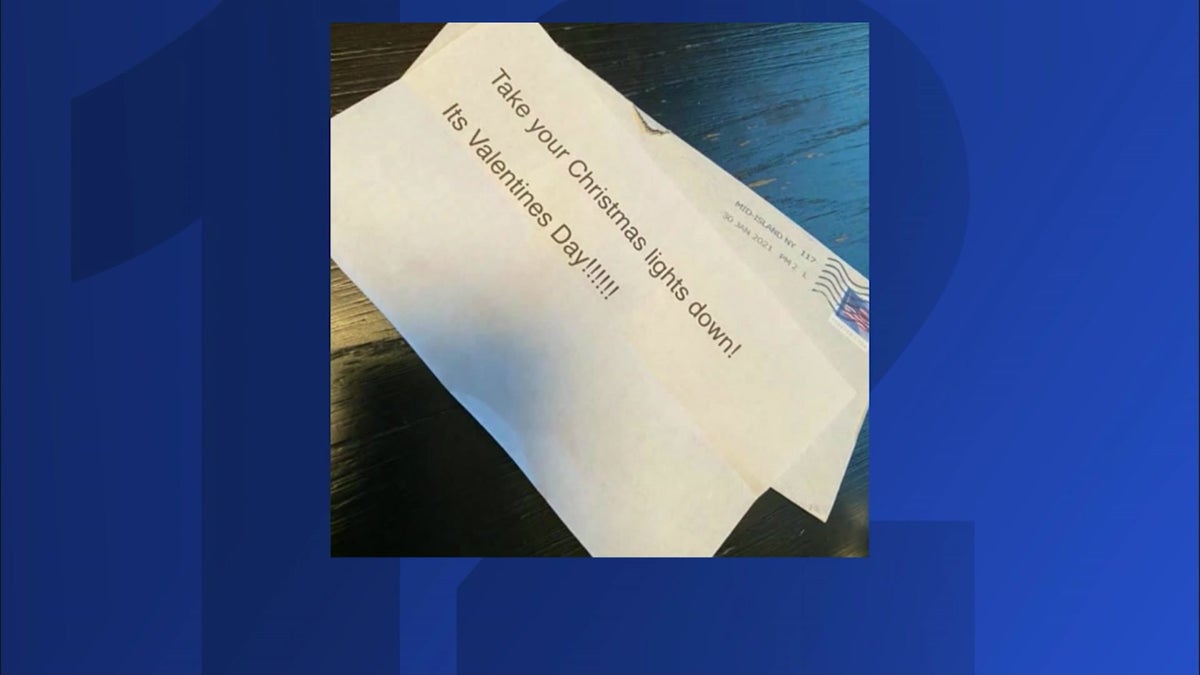 Sara Pascucci posted on social media that her entire family has been dealing with COVID-19 since Christmas Eve and that they lost two family members -- her father Anthony and Aunt Connie -- in January.
"Considering the circumstances, we didn't find it funny," says Pascucci. "It was actually very hurtful, we were just really taken aback."
Pascucci says her father loved decorating the house for the holidays, taking pride in doing it for the family. She says they have since been left to battle the emotions of losing family members, along with funeral arrangements and various payments.
"There's funeral arrangements, bills to take care of, but it's also very hard to take something down that your father enjoyed," she says.
In that post, she says the person who wrote the letter is being insensitive, adding that they should be kind to people because you never know what someone is going through.
MORE: Read the response to the letters:
News 12 found other people in the neighborhood who also got the letter.
"Isn't this still America? Freedom of expression, use of our property right?" says Deborah Rykowski.
"I think someone who has too much time on their hands," says Brian Kelly. "Lights? That's your biggest problem right now, lights?"
Response from fellow neighbors to Pascucci has been overwhelmingly positive. Some say they're even going to put their Christmas lights back up.
"I have nothing else to do so I might as well just put Christmas lights up!" says Ellen Shapiro.
"I want to thank everyone who has responded, you know who showed their love and condolences to me, it made me feel a lot better," says Pascucci. "So this letter is not even something that hurts anymore because of everyone's love and support."
Pascucci does say she would still like to speak to the person who sent the letter.
Related Stories

'Ride out' honors Bridgeport teen who was killed while riding scooter

Family of Lauren Smith Fields hold march in her honor