By: News 12 Staff
A hand-written confession by Brian Laundrie was released Friday.
Laundrie family attorney Steve Bertolino released photos of Brian Laundrie's notebook. The pages show Laundrie's note confessing to killing Gabby Petito.
In the confession, Laundrie says Petito injured herself in a fall while they were road tripping in Wyoming.
He wrote that he did not know the extent of her injuries - only that she was in extreme pain - so he "ended her life," saying he thought he was being merciful.
"I don't know the extent of Gabby's injuries, only that she was in extreme pain," Laundrie wrote. "I ended her life. I thought it was merciful, that it is what she wanted, but now I see all the mistake I made."
Retired NYPD Det. Michael Alcazar says he does not believe what Laundrie wrote in the notebook. He says Laundrie was likely feeling pressure from the police investigation and media coverage but didn't want to take full blame for Petito's death.
"It almost reads like a psychopath," Alcazar, of John Jay College of Criminal Justice, says. "Someone who doesn't want to own up to what he did. He's trying to find justification for the actions he did."
Laundrie wrote why he decided to commit his suicide.
"I am ending my life, not because of fear of punishment, but rather because I can't stand to live another day without her," Laundrie wrote.
Forensics expert Lawrence Kobilinsky says the brutal nature of Petito's murder does not coincide with Laundrie's explanation.
"He's rationalizing she was in pain, was suffering and he was her guardian angel," Kobilinsky says. "She was manually strangled to death, which to me, that doesn't sound like a guardian angel was taking care of her."
The Laundrie and Petito families are currently involved in a lawsuit. The Petitos are claiming the Laundries knew their son murdered Gabby Petito but didn't say anything.
The notebook was released as the two families are recovering items that had been held as evidence.
The full statement from the attorney reads:
Today the Petito family attorney, Patrick Reilly, and myself met with the FBI in Tampa to sort through and take possession of the personal items that belonged to Gabby and Brian. This was a previously agreed upon exchange to enable both the Petitos and the Laundries to receive what belonged to their respective children. As part of this return of property in FBI custody I was given Brian’s notebook. I would like to share with the public the note that the FBI alluded to when they said on January 21, 2022 that Brian claimed responsibility for the death of Gabby Petito. Although I have chosen to release this letter as a matter of transparency I will not be commenting further as there are still proceedings pending in Court. These are Brian’s words: 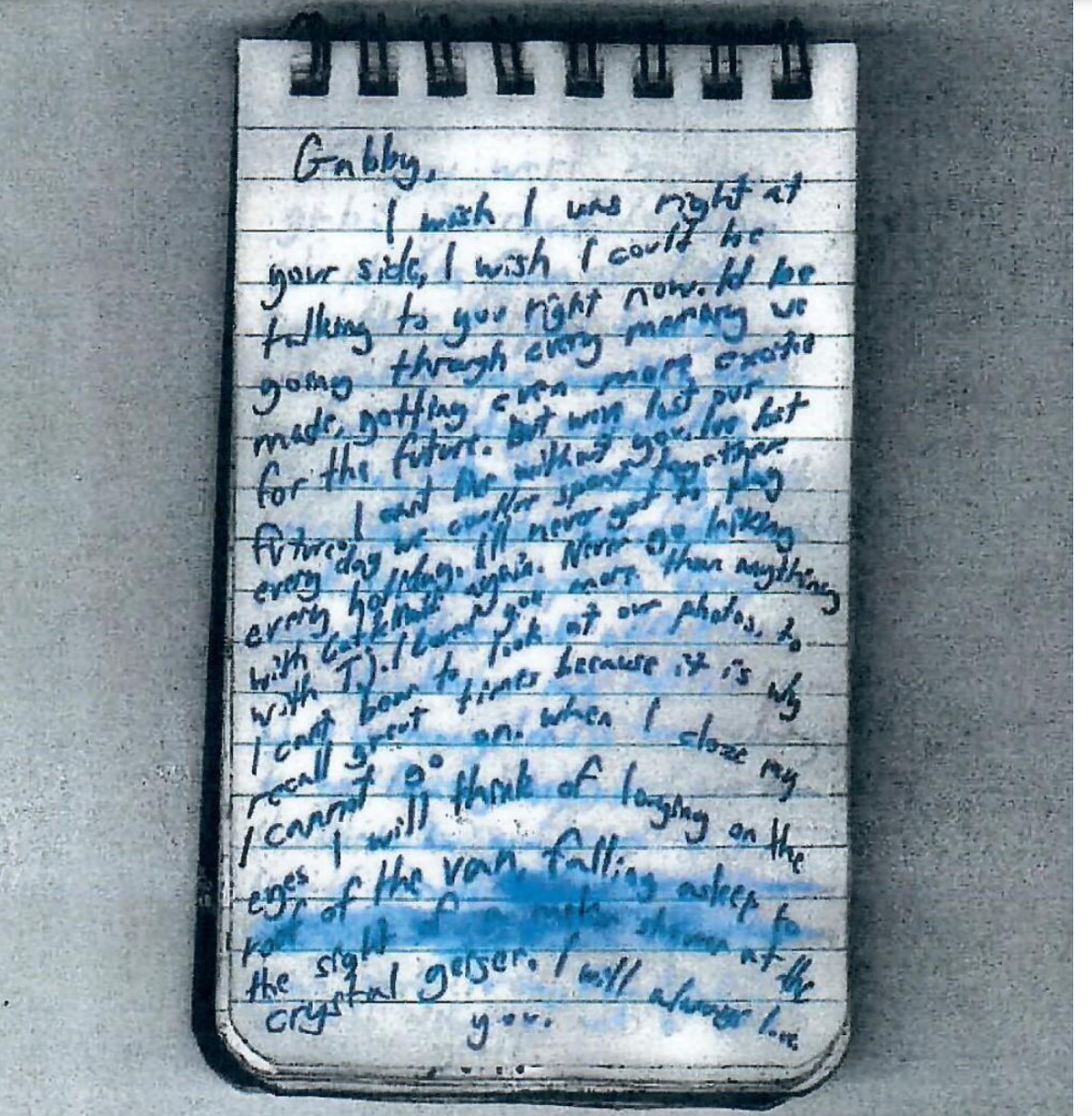 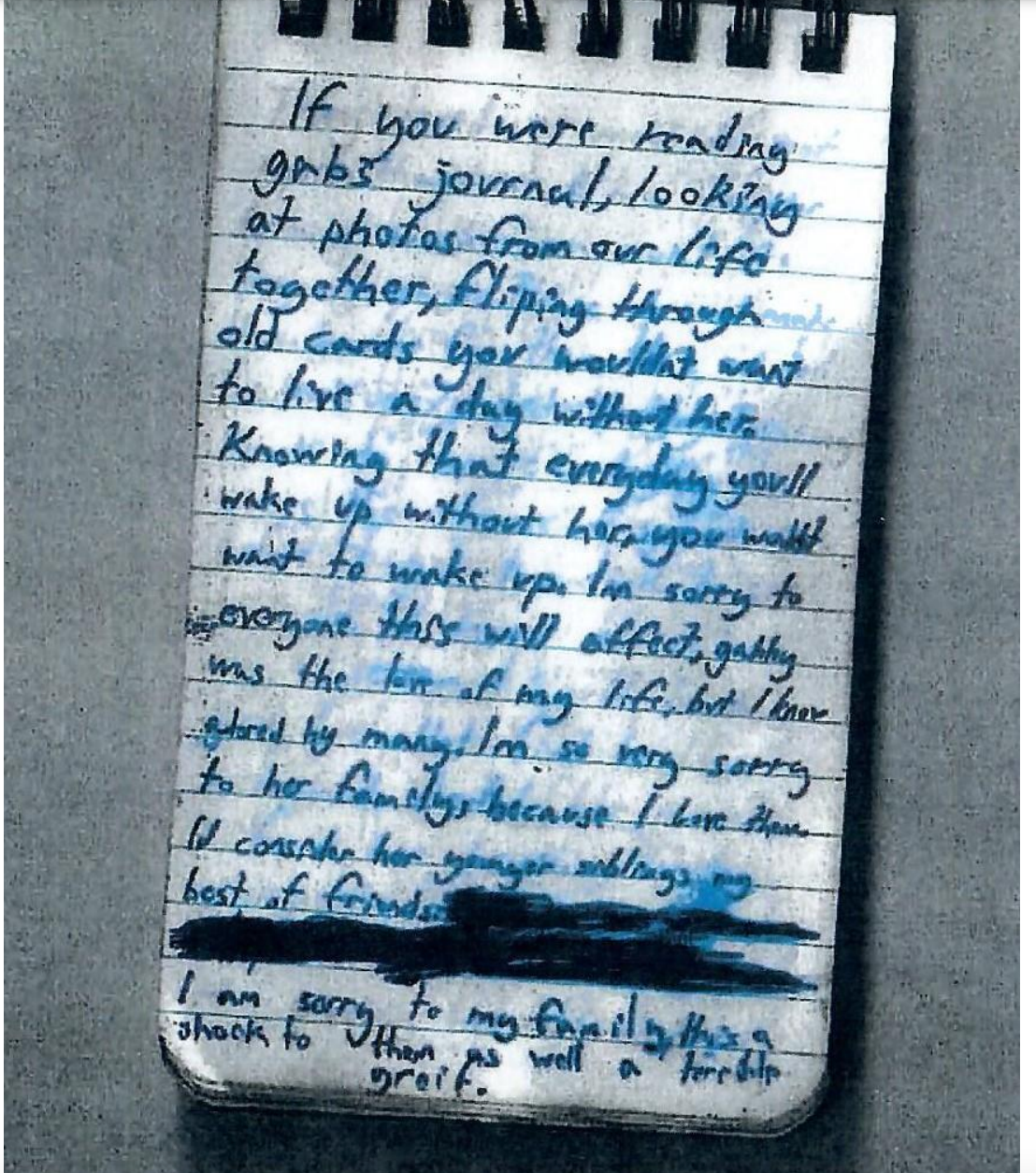 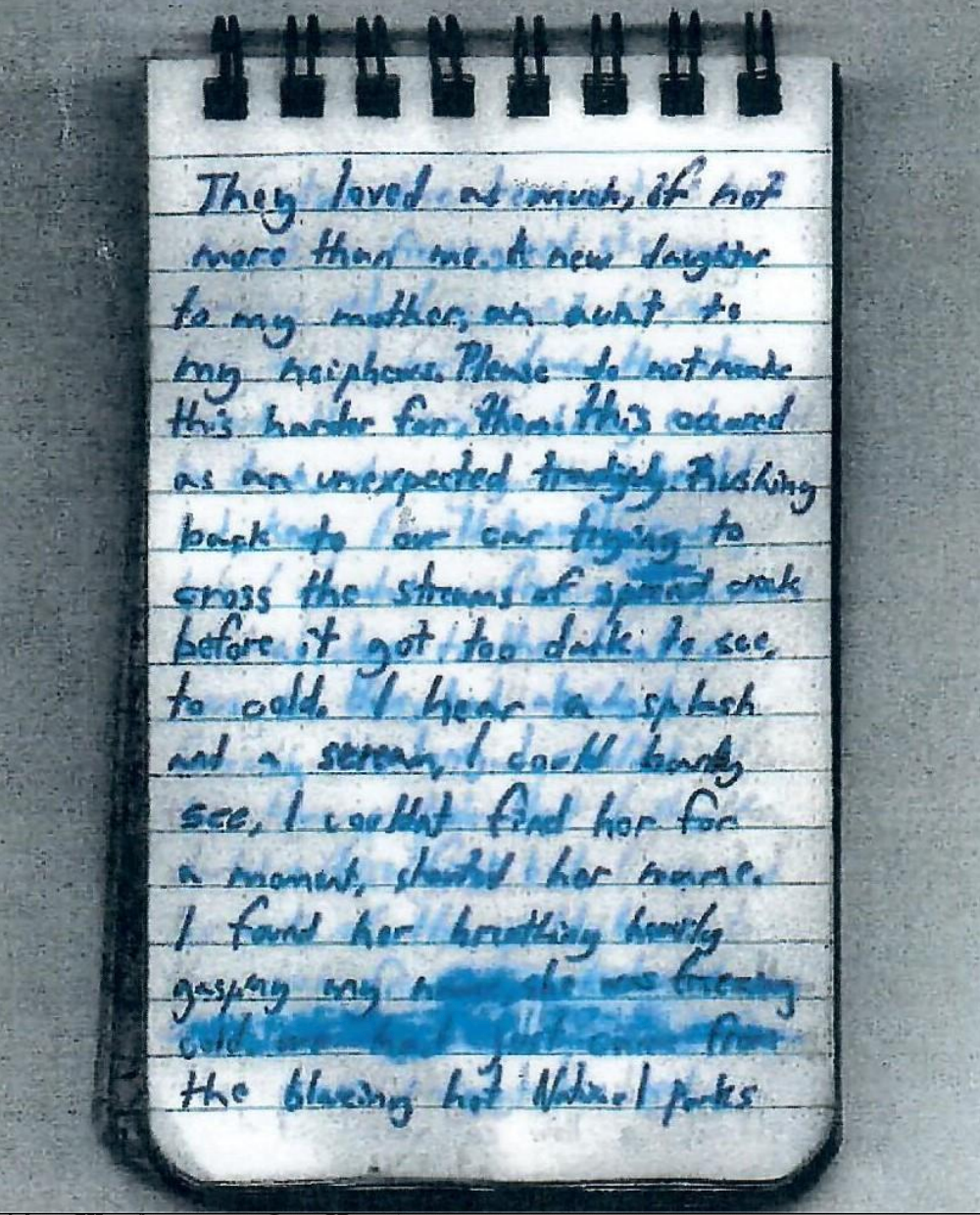 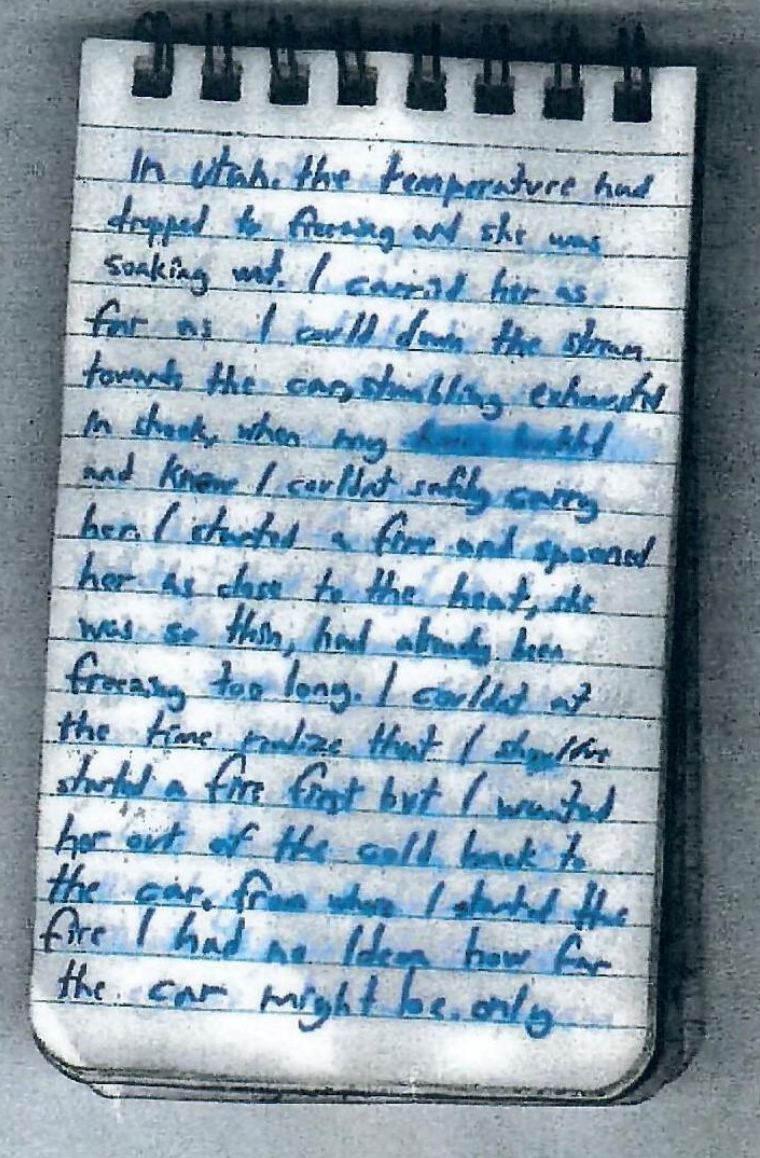 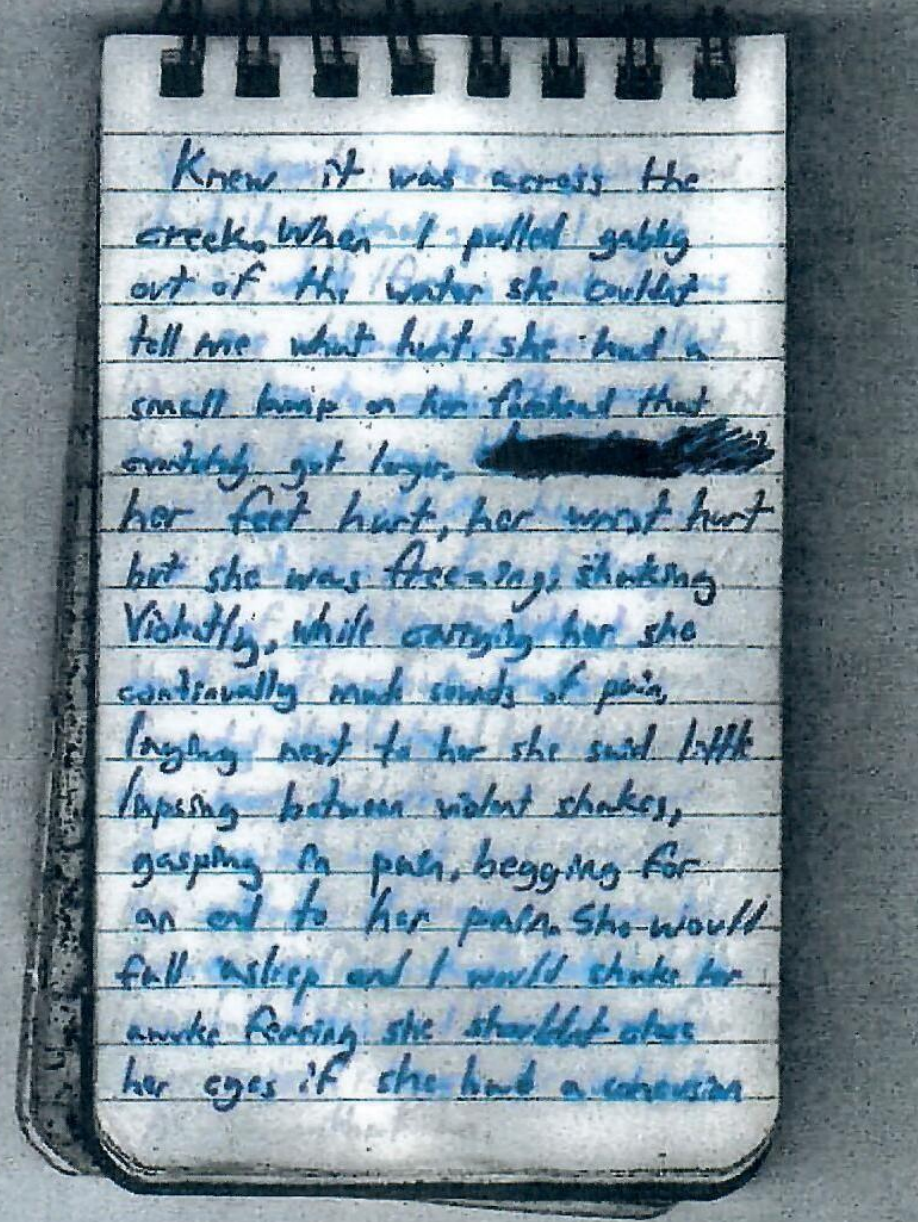 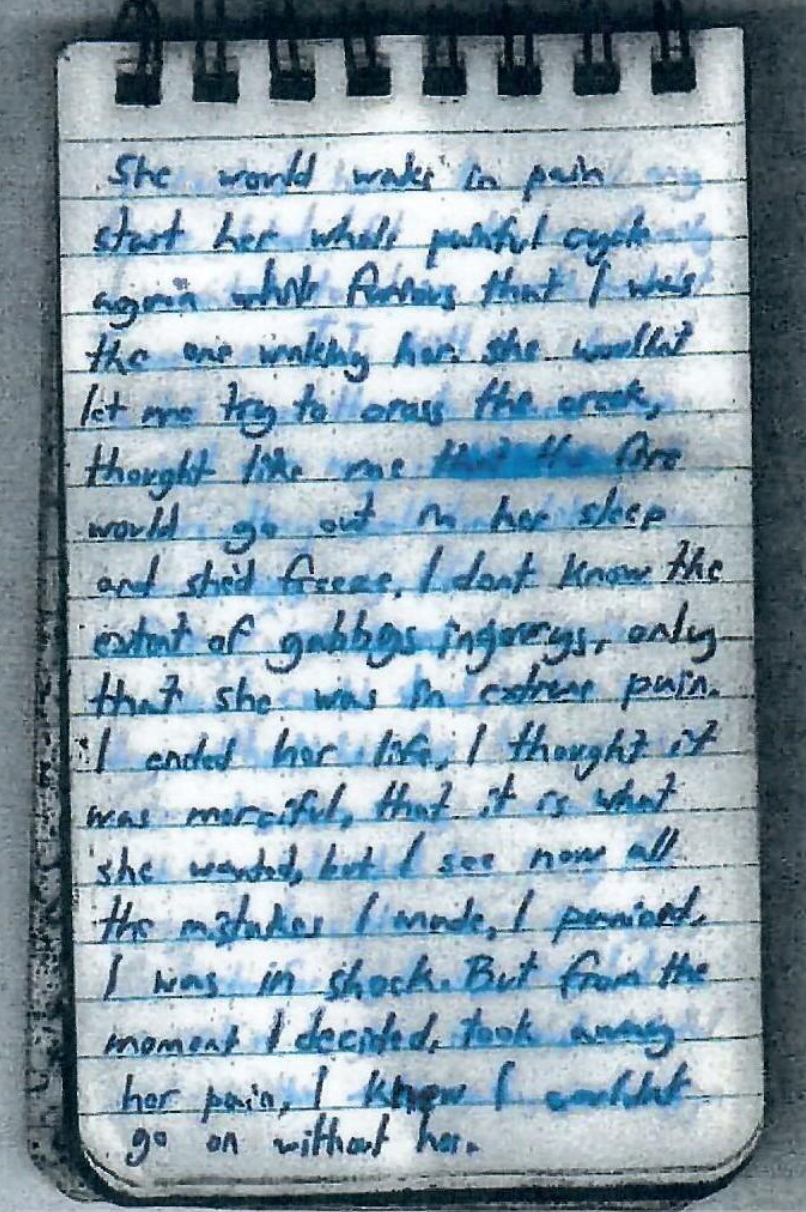 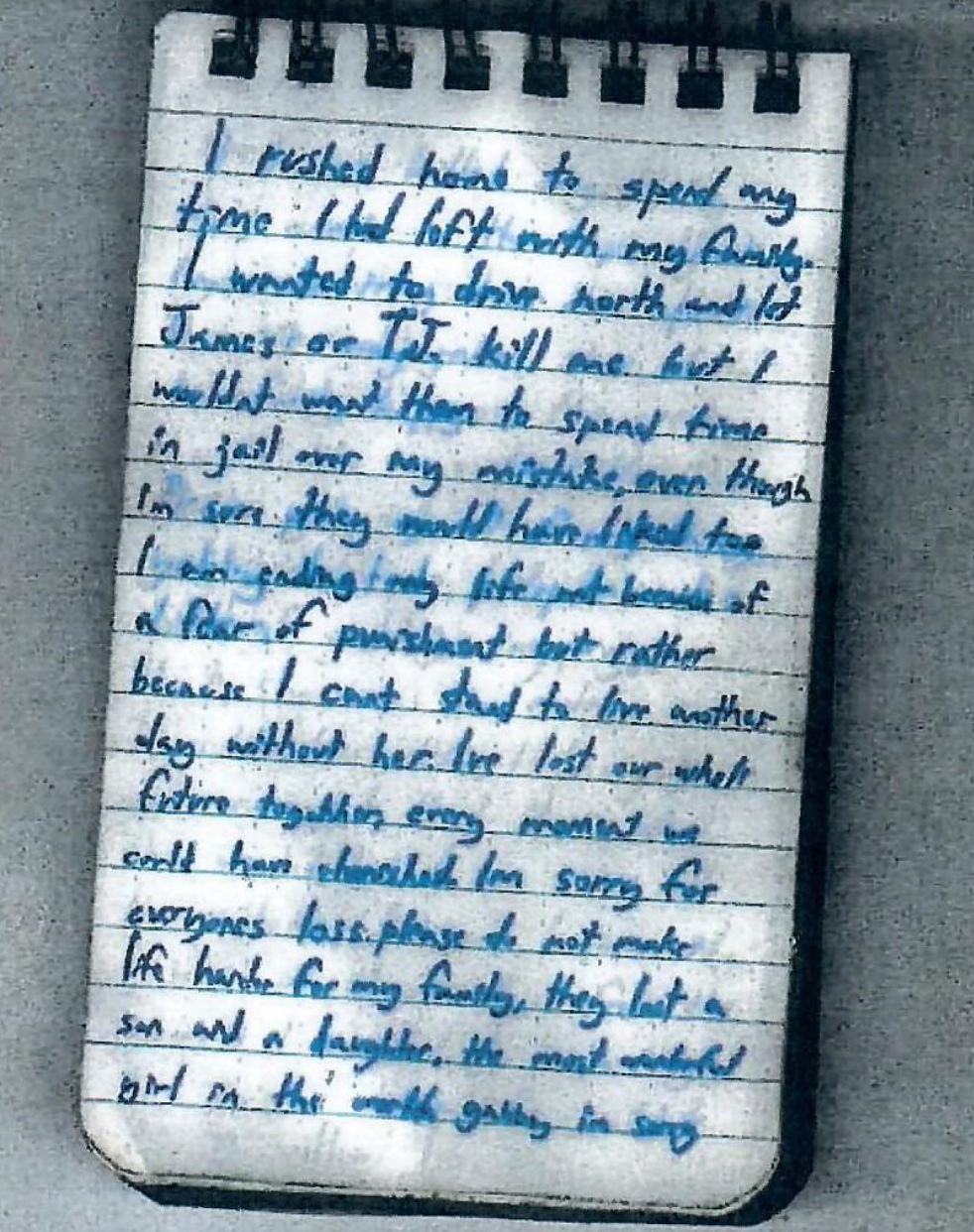 This is a developing story.
Related Stories

Sources: Husband stabs wife, then turns knife on himself at adult community

Community activists march for peace in Poughkeepsie amid gun violence

ALERT CENTER: Man accused of driving high on drugs with child in Bellport