Guide: Everything you need to know before you head to the Thanksgiving Day Parade Are you planning to go to the 95th annual Macy’s Thanksgiving Day Parade?
The classic New York City celebration, featuring balloons, fantasy floats, performances and celebrity appearances is back in-person for its 95th year.
Below is everything you need to know before you head to the parade:

The parade will begin at Central Park West and West 77th Street at 9 a.m., head down its traditional 2.5 mile route from Central Park West to Columbus Circle and turn onto Central Park South to Sixth Avenue. From there the procession will move south on Sixth Avenue from West 59th Street to West 34th Street, ending in front of the Macy’s flagship store in Herald Square. Click here for a full map of the route. 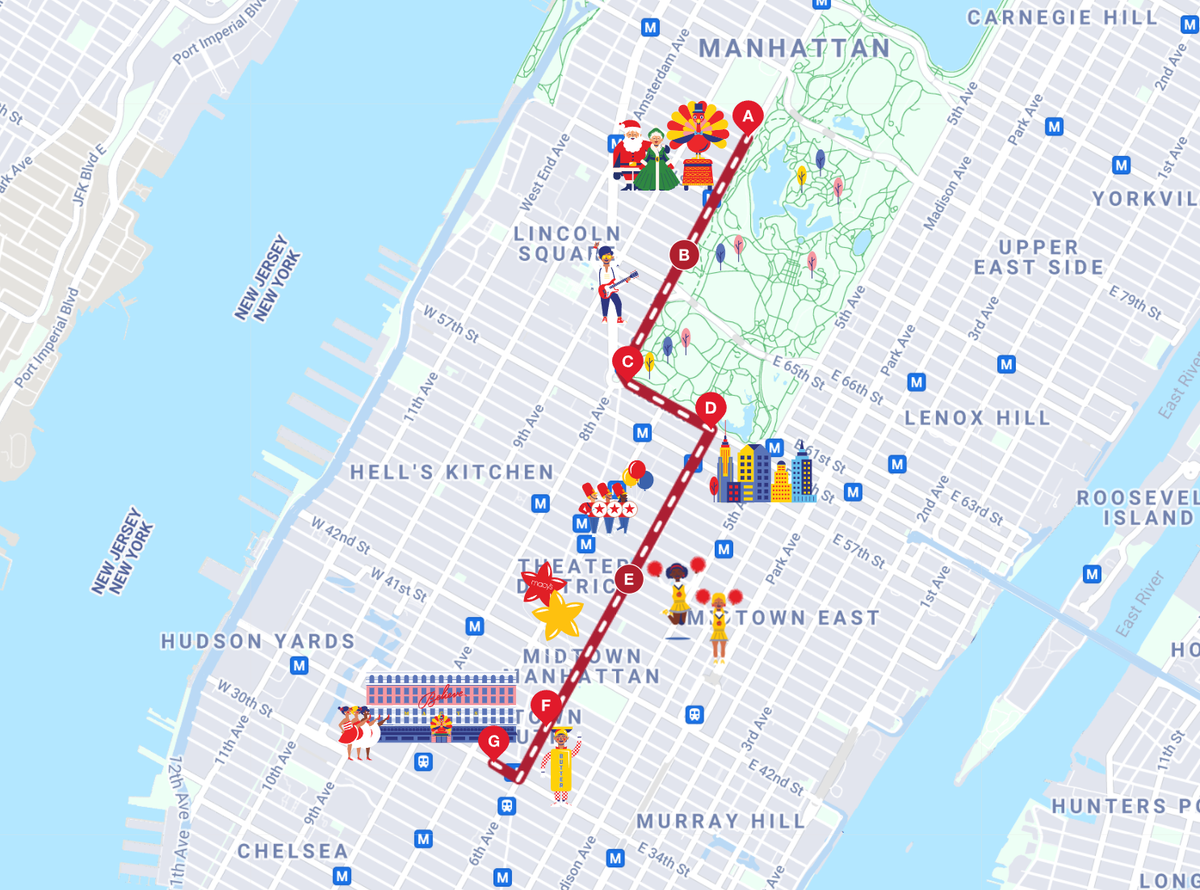 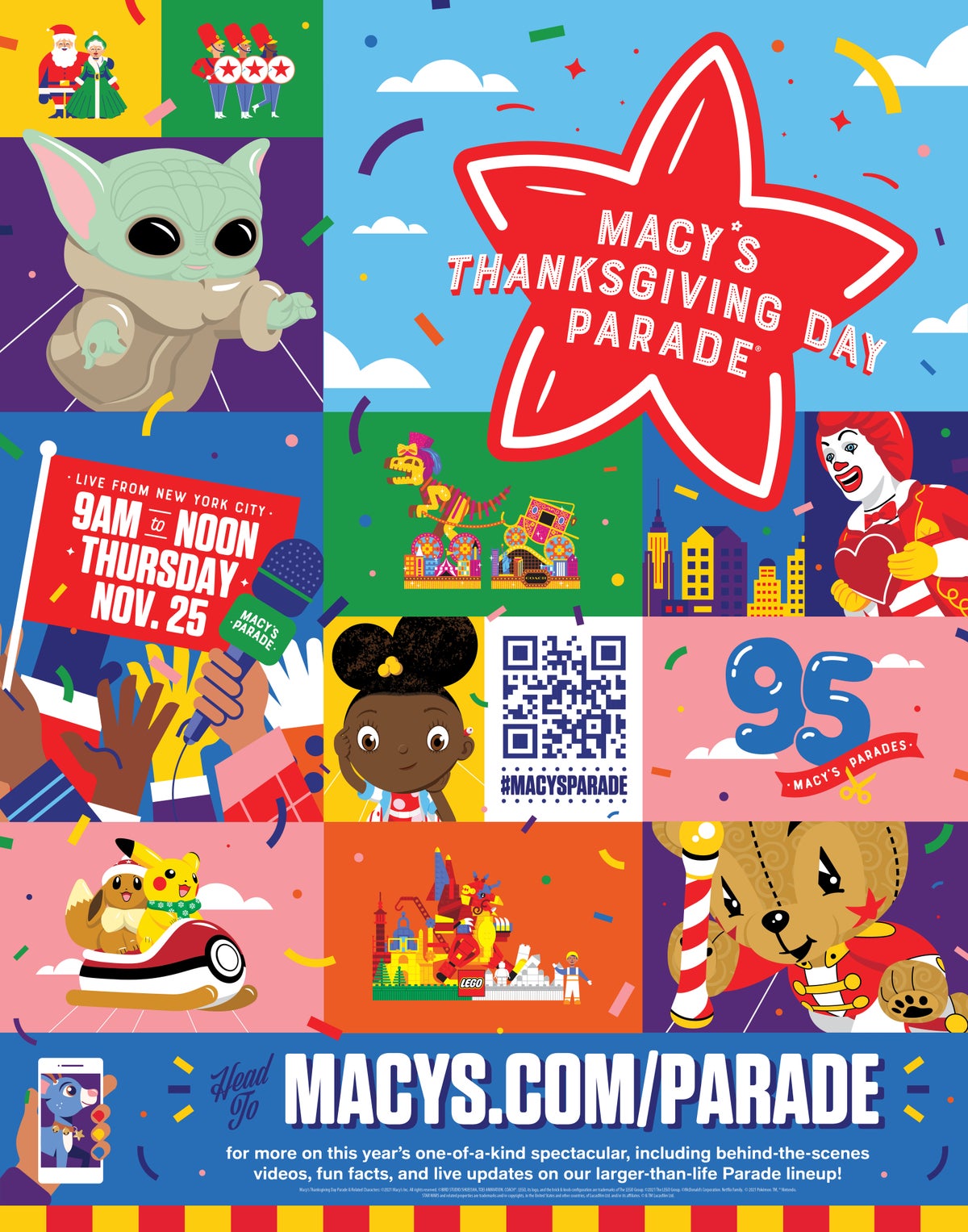 Want to watch the parade from a hotel? Click here for a list of hotels that are directly along the parade route, with each offering different room categories and parade-viewing options as well as special packages based on availability.

HOW TO GET THERE

On Thanksgiving Eve only, guests can check out the giant balloons as they are inflated. Please note that all attendees over age 12 must be vaccinated in order to attend the balloon inflation. Children under 12 years old may attend with a fully vaccinated adult. Attendees will be encouraged to social distance and masks will be required at all times. Click here for more information. 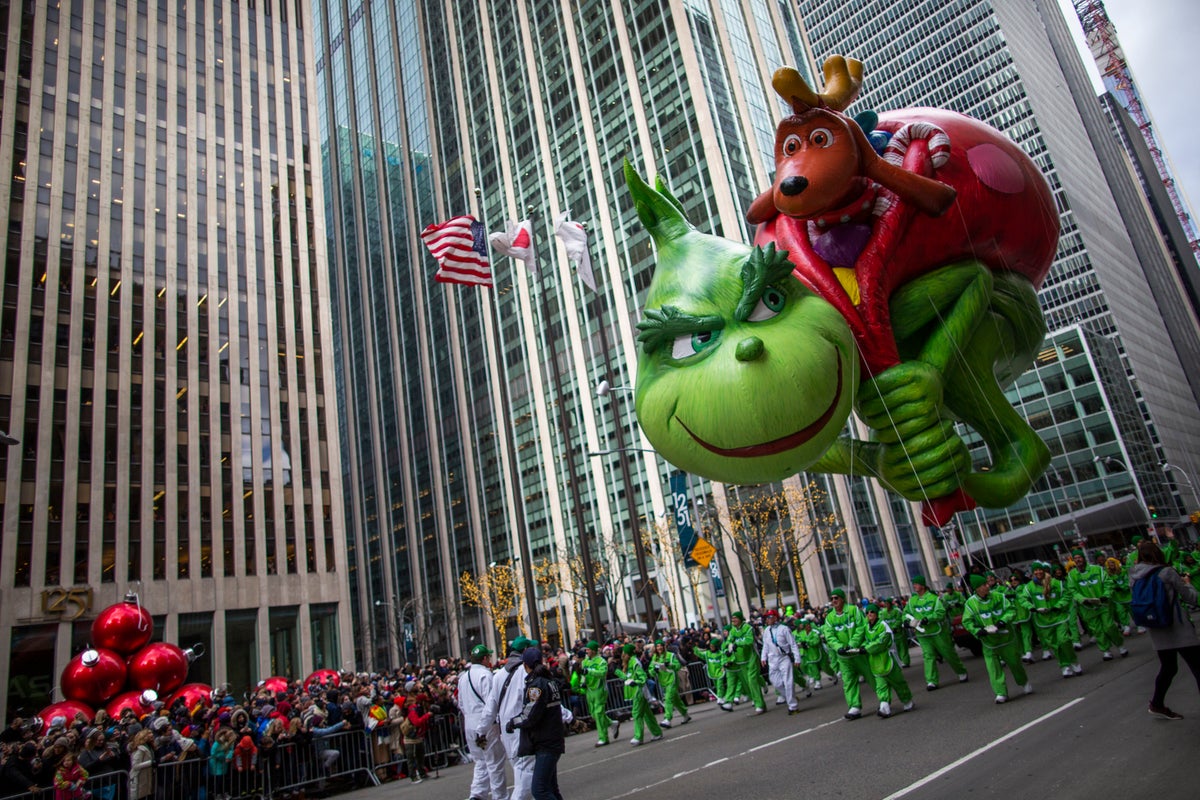 This Turkey Day, new floating wonders will debut during the parade.
Each year a new set of floats is conceived and crafted by artisans of Macy’s Parade Studio, a design and production facility that includes carpenters, engineers, electricians, painters, animators, balloon technicians, sculptors, metal fabricators, scenic and costume designers.
While they are built for entertainment, they are also a showcase of creative design, engineering, and skillful construction.
This year six new floats will debut including, Birds of a Feather Stream Together by Peacock; Celebration Gator by Louisiana Office of Tourism; Colossal Wave of Wonder by Kalahari Resorts and Conventions; Gravy Pirates by HEINZ; Magic Meets the Sea by Disney Cruise Line; and Tiptoe’s North Pole. 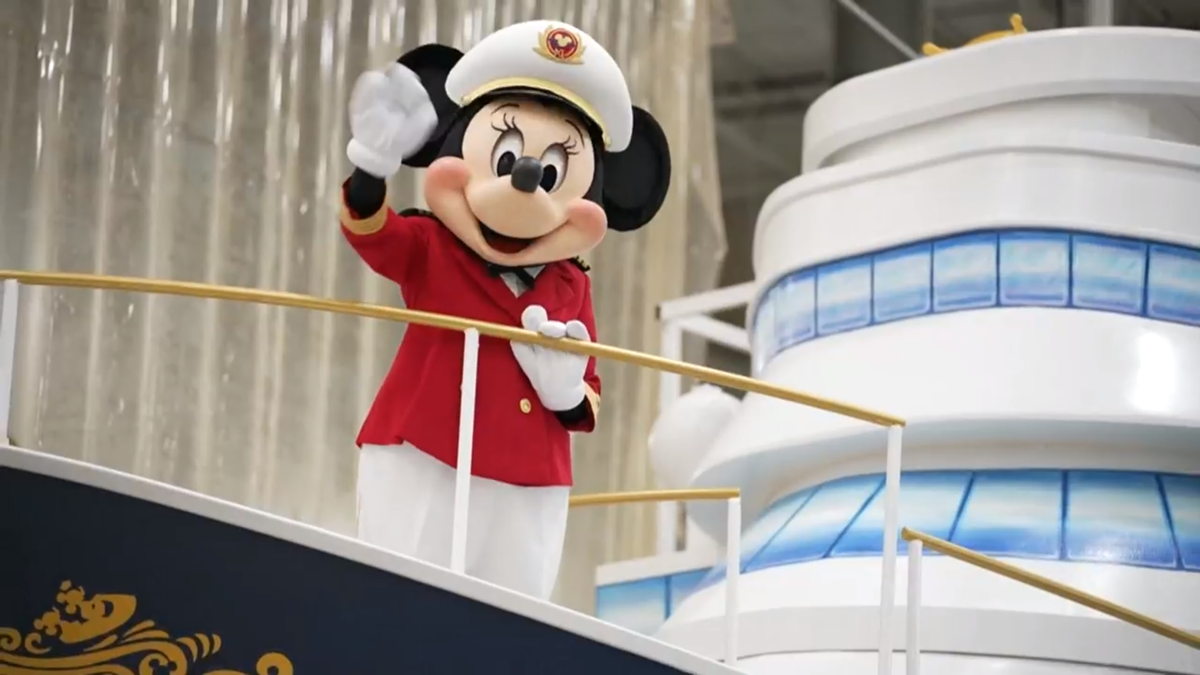 Broadway will be represented by the casts of “Six,” “Moulin Rouge! The Musical” and “Wicked.” The Rockettes will be there, as will the cast of the upcoming NBC live production of “Annie.”
There will be new floats led by the cast of “Girls5eva” - Sara Bareilles, Renée Elise Goldsberry, Paula Pell and Busy Philipps - Nelly and Jordan Fisher, while Jon Batiste will be on an alligator-themed float celebrating Louisiana's music, food and culture.
Other celebrities on hand include Carrie Underwood, Jimmie Allen, Kelly Rowland, Rob Thomas, Kristin Chenoweth, Darren Criss, Foreigner, Andy Grammer, Mickey Guyton, Chris Lane, Miss America Camille Schrier, Muppets from "Sesame Street" and the three past and current hosts of “Blue’s Clues” - Steve Burns, Donovan Patton and Josh Dela Cruz.
And of course - the most important person at the parade will be Santa!
Check out the full line up of balloons, floats and performers here. 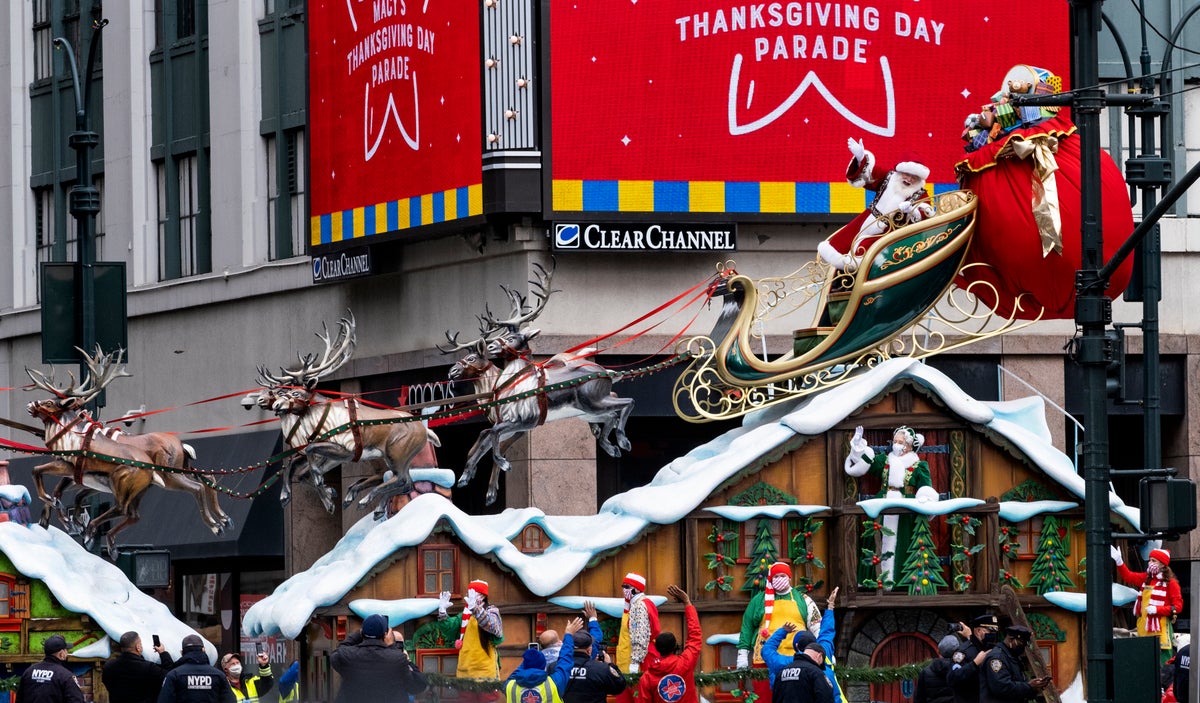 HISTORY OF THE PARADE

Want to learn more about the history of the parade? Click here for an overview.
Related Stories
11h ago

Guide: Everything you need to know to visit the Rockefeller Center Christmas Tree

Check out the Christmas tree, or visit a holiday shop! 9 ways to celebrate the holidays in NYC

Thanksgiving: Stew Leonard's tips to choose and prepare your turkey

Holiday lighting at the Big Duck in Flanders set for tonight

See all
7h ago

Guide: Everything you need to know to visit the Rockefeller Center Christmas Tree

Check out the Christmas tree, or visit a holiday shop! 9 ways to celebrate the holidays in NYC