By: News 12 Staff
The NYPD has arrested a 15-year-old in the killing of 11-year-old Kyhara Tay earlier this week in the Bronx.
NYPD Commissioner Keechant Sewell says 15-year-old Matthew Godwin was taken into custody Friday and charged with murder, manslaughter and possession of a weapon. Sewell said Godwin is the suspect who pulled the trigger while riding on the back of a moped.
"There is absolutely no justification for this tragedy, and we will not stop until all of these violent criminals are off our streets and shootings and murders are no longer the top story,” said Sewell.
The NYPD says police found Godwin inside a Bronx motel room with his mother just before 2 a.m. Friday. It’s believed they may have been hiding out there.
MORE: Police still searching for suspect in shooting death of 11-year-old Bronx girl
Godwin has no prior arrests, but he was a victim of a shooting in January. 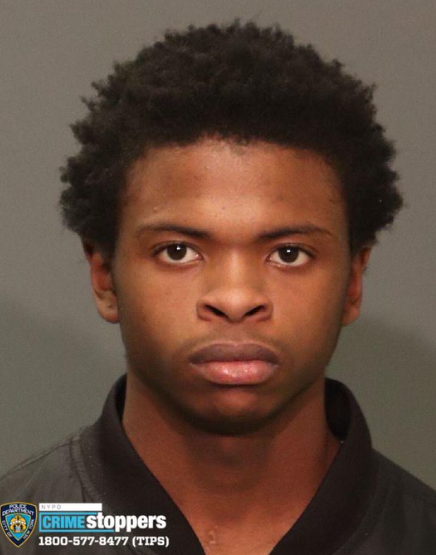 Police are also searching for 18-year-old Omar Bojang, who was operating the moped and is also from the Bronx. Bojang is believed to be a member of the Muddywell gang and has one gun arrest. He was already wanted for a robbery pattern.
Police say Godwin and Bojang were driving a moped on Monday night around Longwood chasing after a 13-year-old boy. They say Godwin fired the gun and the bullet hit Tay, an innocent bystander and not the intended target.
"It's a brutal cycle of neglect, violence, and victimhood, a revolving door that places our children in harm's way,’ said New York City Mayor Eric Adams.
Godwin was in court Friday where he was charged as an adult and pleaded not guilty. He will be back in court next Wednesday.
Anyone with information is asked to call Crime Stoppers at 800-577-TIPS.
Related Stories

Elation for some, heartbreak for others as US Supreme Court overturns Roe v. Wade

‘We are going to have a great summer’: Jersey Shore businesses have high expectations this season

VIDEO: Officers save woman who fell on train tracks in Brooklyn