New Mexico bid for recreational marijuana is all but doomed 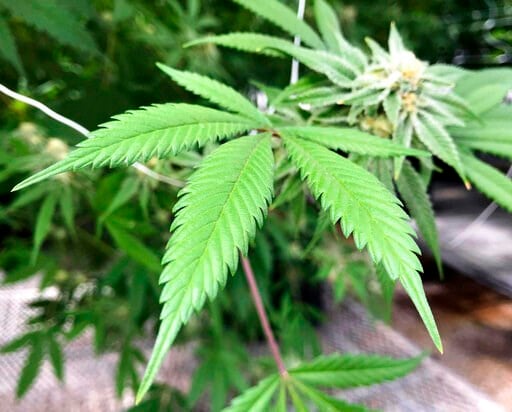 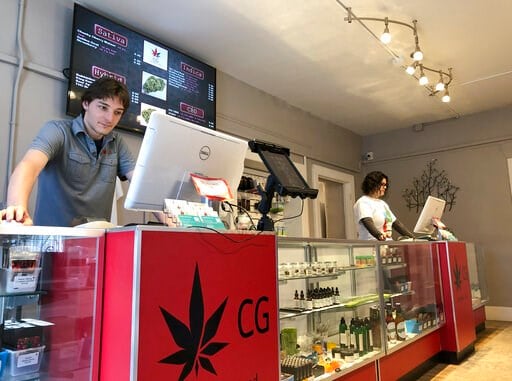 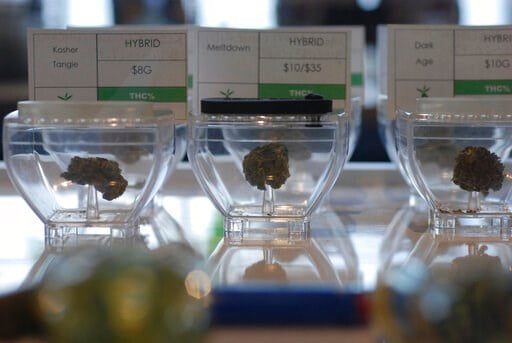 SANTA FE, N.M. (AP) - New Mexico's bid to become the 12th U.S. state to legalize recreational use of marijuana abruptly fell flat after state senators in a legislature dominated by Democrats rejected a bill that would have forced permission for sales in all of the state's cities and towns.

In a late-night committee vote Wednesday, two Democratic senators joined with Republicans in a 6-4 vote to halt the legalization bill that would have also expunged past marijuana convictions and helped the state's existing medical cannabis program with tax breaks and patient subsidies.

It marked the second failure by legalization proponents to achieve their goal in New Mexico since Democrats took control in 2018 of the governor's office from Republicans and expanded their legislative majority.

The vote all but doomed a bill born from yearlong legalization preparation effort by Gov. Michelle Lujan Grisham - and illustrated the difficulties of using the legislative process to fully legalizing marijuana.

Lujan Grisham has embraced legalization efforts as her administration strives to attract and build new industries in a state with heavy economic dependence on oil production that leads to boom and bust cycles.

Early last year, she put a trusted ally - Albuquerque City Councilor Pat Davis - in charge of a traveling task force that painstakingly outlined a regulatory framework to address public concerns about recreational cannabis and intoxicated driving, workplace safety and how to deny access to youths.

But the task force's work didn't overcome opposition in some parts of the state and some lawmakers said they were given little time to digest an amended 186-page bill spelling out how sales would work. Moving complex bills through the Legislature is tough because unsalaried lawmakers have only 30 days to conduct this year's legislative session.

Democratic Judiciary committee chairman Joseph Cervantes objected to licensing provisions for marijuana businesses that required an agreement with organized labor and the granting of business licenses to people with past drug convictions including distribution offenses.

And Republican Sen. Ron Griggs said there was criticism of the requirement that counties, cities and towns allow recreational marijuana sales where local alcohol sales can be prohibited and two counties were “dry” - banning alcohol sales - until just last year.

Rep. Paul Bandy, also a Republican, said there was significant resistance to legalization in his district that borders Colorado and its pioneering recreational pot economy.

“I think the progressives realized that they probably overreached in an election year,” he said.

The New Mexico bill called for a 9% state excise tax on marijuana sales to help fund local law enforcement, education against driving under the influence and substance abuse treatment.

A portion of excise tax proceeds from marijuana sales would have gone toward social justice causes designed to help communities negatively and disproportionately affected by past federal drug policies. Many past pot convictions that did not involve trafficking would have been automatically expunged.

The failure to move the bill forward came after a bipartisan measure last year for recreational cannabis sales at state-owned stores stalled despite backing from three Republican state senators.

This year's bill called for a private-sector marijuana sales framework that would have required medical cannabis sales at all dispensaries.

The halt to the legalization bill put on hold plans by retired teacher and aspiring marijuana farmer Bob Rogers. He wanted to start a commercial marijuana greenhouse on his 160-acre (65-hectare) ranch near the state line with Texas.

Rogers already grows medical cannabis for his own consumption under a state personal production license to treat diagnosed chronic pain in an injured leg. He had hoped to lure one or both of his adult sons back to New Mexico from New York and California to help run the business.

“I’m proud to be here and looking forward to growing weed if the state ever gives us the chance,” he said.

Despite the vote against the bill and almost no chance of it being revived during the current legislative session, Lujan Grisham said in a statement that “legalized recreational cannabis in New Mexico is inevitable."

“The people of New Mexico have said they want it. A diversified state economy demands it,” she said.

Copyright 2020 The Associated Press. All rights reserved. This material may not be published, broadcast, rewritten or redistributed.