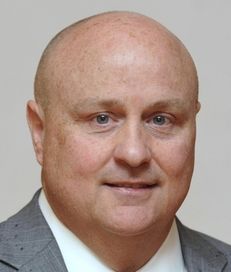 Background: Miller, 50, of Long Beach, is running on the Democratic and Republican party lines for the general election. Miller has a general practice law firm, William Miller Esq., in Long Beach. In 2003, Miller opened a private practice in Lynbrook. Six years ago, Miller relocated his practice to Long Beach. In May 2009, the Long Beach City Council appointed Miller, chairman of the Long Beach Civil Service Commission, a position he held to 2014. He was a member of the City of Long Beach Zoning Board of Appeals from 2004 to 2009. Miller attended Nassau Community College in 1987. He completed his undergraduate degree from LIU Post, and earned a law degree from St. John's University School of Law while working for the New York City Police Department. He graduated from St. John's University School of Law in 2001. Miller joined the New York City Police Department in 1989, and retired from the police force in 2003 as a sergeant. He was admitted to the New York State Bar in 2002. Miller is a member of the Long Beach Lawyers' Association.