Background: Gaughran, 61, is running on the Democratic, Working Families and Women's Equality lines. Gaughran, a longtime Northport resident, is a former Suffolk County legislator and Huntington Town councilman. Gaughran currently serves as chairman of Suffolk County Water Authority and is an attorney working in private practice. He holds a bachelor's degree from Stony Brook University and a law degree from Hofstra University. He is married with two adult children.

Issues: Gaughran said his top priority would be to restore Long Island's fair share of education funding from New York State. "I believe as Long Islanders, we're not getting our fair share of funding to public schools," particularly to poorer communities, Gaughran said. He said he would tackle corruption by advocating for legislation to ban outside income for state lawmakers. "Taking away the incentive of using your public office to benefit your private business is the best way to start addressing" the corruption, Gaughran said.  He said he also would work to improve the quality of drinking and surface water in New York State, saying it's the biggest environmental challenge and touted his background with the water authority. He said he also supports providing incentives and grants to convert cesspools into mini-treatment systems. He also said he would support early voting initiatives in New York State. 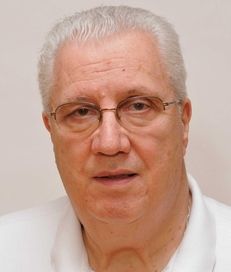 BACKGROUND: Marcellino, 75, is running for re-election on the Republican, Conservative, Independence and Reform party lines. Marcellino, who was first elected to the job in a 1995 special election, is chairman of the Senate Education Committee. He also serves on the Rules, Finance, Environmental Conservation, Transportation, and other Senate committees. Marcellino holds a bachelor's degree from New York University,  and a master's in marine microbiology, also from NYU. He  has a professional diploma in administration and supervision from St. John's University School of Education. He and his wife have two adult children.

ISSUES: Marcellino said his top three priorities are taxes, jobs, and education. “I voted over the last 8 years to cut taxes on our residents . . . so people have as much money as possible to run their lives.” He said that while he's been the Education Committee chairman, the state has increased aid to significantly to school districts on Long Island. “We’re going to do more of that. We want to invest in public education,” Marcellino said. Education funding has risen by $65 million over seven years to schools in the 5th Senate District, he said. On the subject of controversial teacher evaluations, Marcellino touted his proposed bill to maintain rigorous teacher performance standards, but unlinks students' performance on state tests from teacher evaluations. He said he instead favors efforts to localize the way teachers are evaluated. "Let the local districts do their own evaluations, and keep it there,” he said.