Background: Alexander, 66, of North Baldwin, also is running on the Democratic, Green, Working Families, Women's Equality and Reform party lines in the general election. She is a district court judge in the First District, and an acting county court judge, handling misdemeanor and felony cases. She was first elected to the bench in 2000 and won re-election in 2006 and 2012. She was the presiding judge of the Domestic Violence Court from 2006 to 2009. From 2003 to 2005, she presided over the Nassau County Drug Treatment and Community courts. Alexander was an assistant district attorney with the Nassau County district attorney's office from 1993 to 2000. She graduated magna cum laude from C.W. Post Center-LIU, now known as LIU Post, in 1990 and received her law degree from Hofstra University School of Law in 1993. She was admitted to the New York State Bar Association, Appellate Division, Second Judicial Department in 1994. Alexander is a member and past president of the Nassau County District Court Judges Association. She  also belongs to the Nassau County Bar Association, Criminal Court Bar Association and the Amistad Long Island Black Bar Association.

Background: Alpert, 46, of Merrick, is running on the Republican, Conservative and Independence party lines in the general election. He has been an attorney in private practice since 2004, currently with an office in Garden City. Alpert specializes in criminal, DWI, traffic law, estate and trust litigation, administration, planning, and real estate transactions, and litigation. He is a court-appointed guardian ad litem in estate and trust matters for the Nassau County Surrogate's Court and is a court-appointed referee and guardian ad litem in state Supreme Court in Nassau County for foreclosure matters. Alpert has been an adjunct associate professor of criminal justice at LIU Post since 2002. He received his bachelor of science degree from Cornell University in 1994 and earned his law degree from Hofstra University School of Law in 1997. He is a member of the Nassau County Bar Association.

Background: Casolaro, 49, of Rockville Centre, is running on the Republican, Conservative and Independence party lines in the general election. He is managing member of the Law Offices of Charles J. Casolaro in Garden City. Since 2017, Casolaro has served on the panel of administrative law judges for the Nassau County Department of Health, and he is special counsel to the Town of Hempstead Housing Authority since 2016. He is currently village attorney for the incorporated villages of Hewlett Harbor and Brightwaters. From 2003 to 2007, he was a prosecutor for the Village of Rockville Centre, and from 2005 to 2007, and then again from 2014 to 2016, served as counsel to Rockville Centre's planning board and board of ethics. From 1996 to 1998, Casolaro served as a legislative assistant and district representative for Rep. Nita Lowey, who was then representing the 18th District from New York. Casolaro received a BA from Adelphi University in 1991 and a law degree from CUNY Law School in 1995. He was admitted to the New York State Bar in 1999, and is admitted to practice law in the U.S. District Court for the Eastern and Southern District of New York and the U.S. Court of Appeals for the Second Circuit. An active licensed pilot, he is a member of the Lawyer-Pilots Bar Association and currently serves on the legal panel for the Aircraft Owners and Pilots Association and serves on the board of trustees for the Cradle of Aviation Museum.

Background: Engel, 63, of East Meadow, is running on the Democratic, Green, Working Families, Women's Equality and Reform party lines in the general election. He has served as a judge on the Second District Court since being elected in 2006. Engel served as the principal law secretary for former Supreme Court Justice Elaine Jackson Stack in Nassau County from 2005 to 2006. Engel was a mediator examiner for the Appellate Division, Second Department, from 2003 to 2004 and court examiner for Queens County and New York County for the same years. He was an associate at Mahler, Harris & Engel PC from 1979 to 1994 and managing partner from 1994 to 2004, specializing in civil litigation and appeals in the metropolitan area. Engel graduated from Rider College in 1976 and earned a law degree from Brooklyn Law School in 1979. He was admitted to the New York State Bar in 1980, the U.S. District Court, Eastern District in 1982 and Southern District in 1984. Engel was dean of the Nassau Academy of Law from 2010 to 2011 and received the Nassau County Bar Association President's Award during his tenure. He is a member of the NAACP, Nassau County Bar Association, and Nassau County Women's Bar Association.

Background: Phoenix, 59, of Baldwin, is running on the Democratic, Green, Working Families, Women's Equality and Reform party lines in the general election. Phoenix has served as a Second District Court judge since 2007. She is the presiding judge of the Nassau County Mental Health Court and the Drug Treatment Court, where she adjudicates both misdemeanor and felony cases. Before her election in 2006, she had a private practice in Baldwin beginning in 1992. From 1993 to 1999, she was a staff attorney with Nassau Suffolk Law Services,  a nonprofit program that provides legal assistance. Phoenix is an appointee to the New York State Unified Court System Family Violence Task Force. She earned an undergraduate degree from Hampton University in Virginia and a graduate degree from Ohio State University. She received her law degree from Hofstra University School of Law. In 1992, Phoenix was admitted to the New York State Bar, Appellate Division, Second Department. She is past president of the Women's Bar Association of the State of New York, Nassau County Women's Bar Association, and the New York Chapter of the Association of Family and Conciliation Courts. 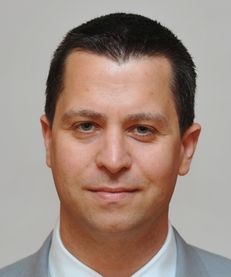 Background: Zeni, 36, of Levittown, is running on the Republican, Conservative and Independence party lines in the general election. He has been an associate attorney at Solomon & Siris PC in Garden City since 2012, specializing in business litigation, zoning, real estate and health care. Zeni was an associate attorney at Russ & Russ PC in Massapequa from February 2008 to August 2012. He graduated cum laude from Niagara University in 2004 and earned his law degree from Touro College Jacob D. Fuchsberg Law Center in 2007. Zeni was admitted to the bar in 2008. He was also admitted to practice in U.S. District Court, Eastern and Southern Districts of New York, in 2009. He is a member of the New York State Bar, Nassau County Bar Association, and the Catholic Lawyers Guild. Zeni was named a “Rising Star” by Super Lawyers in 2017.