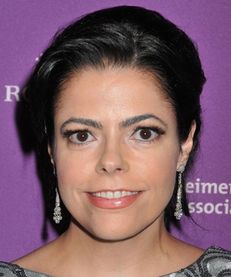 Background: Farley, 51, of Manhattan, also is running on the Conservative and Reform party lines. She graduated from Stanford University, where she majored in industrial engineering, and then worked for nearly three decades in financial services at the firms UBS Capital, Goldman Sachs and Mistral Capital International. She additionally served the New York State Republican Party's New York City finance chair. Farley, a first-time candidate, is married with three children.

Issues: Farley has criticized her opponent, Sen. Kirsten Gillibrand, as an ineffective, out-of-touch lawmaker whose zeal for the national spotlight and ambitions for higher office have hurt her constituents. “She’s not seeing day-to-day, the potholes, the subway, the MTA, she’s not having to deal with this on a regular basis,” Farley told Newsday. “We need somebody who’s going to put New York first," she added in a nod to her campaign slogan. Farley said New York State needs Republicans at the table in Washington, D.C. She has touted herself as a negotiator. She said she would fight for the state’s “fair share of federal funding,” because Washington, D.C. takes $48 billion more from state taxpayers than New Yorkers get in return from the federal government. She also seeks to increase the cap on deductions for state and local taxes that was part of the GOP’s sweeping tax code overhaul. Farley’s platform includes a strong defense of Israel. She supports President Donald Trump's moving of the U.S. embassy from Tel Aviv to Jerusalem. She backs Trump’s withdrawal of the United States from the Iran nuclear deal and his opening of dialogue with North Korea to quell its nuclear aspirations. Farley, who is critical of career politicians, said she supports term limits and has pledged to serve only two terms, if elected. 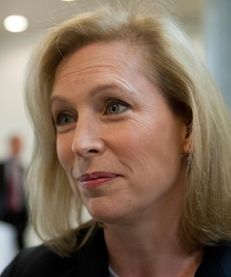 Background: Gillibrand, 51, of Brunswick, also is running for re-election on the Working Families Party, Independence and Women's Equality Party lines. She graduated from Dartmouth College and UCLA School of Law. She worked as a corporate attorney and special counsel at the U.S. Department of Housing and Urban Development. She was elected in 2006 to the House and appointed in 2009 to the Senate, where she won a special election in 2010 and won her first full term in 2012. She is assigned to the Senate committees on environment and public works; armed services; agriculture, nutrition and forestry; and aging. Gillibrand is married with two sons.

Issues: Gillibrand's marquee legislative achievements include advocating for the repeal the "Don't Ask, Don't Tell" policy that prevented gay members of the armed forces from serving openly and successfully advocating for the passages of the STOCK Act making it illegal for elected officials to benefit from inside financial information. She also supported the Zadroga 9/11 health bill helping first responders and survivors. This past year, Gillibrand has successfully pushed for components in recent bills that benefit New York State's manufacturing and farming sectors, she said. She has become known for addressing sexual misconduct in the military, at colleges and in Congress. This midterm election season, with her political action committee and campaign trail appearances, she has boosted Democratic candidates, particularly women, in competitive races nationwide. Her Senate challenger, former financier Chele Farley, has criticized Gillibrand as more focused on a national profile and potential 2020 White House bid than on helping New Yorkers. Gillibrand has told Newsday: “I’m sure I will look at things in the future, but I’m very focused on serving in the U.S. Senate."