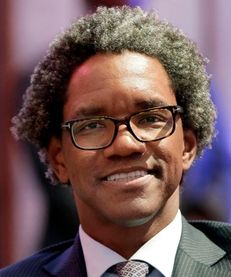 Background: Wofford, 49,  a Republican  running on the Republican and Conservative party lines, is a corporate attorney in Manhattan who grew up in Buffalo. He said he "did not come from privilege, to put it mildly.” His father worked for the local Chevrolet factory and his mother worked in retail. Wofford went to Harvard University and then Harvard Law School on scholarships. He moved to Manhattan  after law school  and rose to become the co-managing partner at the Ropes & Gray law firm in Manhattan, which handles a wide array of legal issues.

Issues: He said he is the independent political outsider needed to fight corruption in Albany. He said misdeeds by public officials    have resulted in a “corruption tax” paid by New Yorkers that adds to the cost of doing business in Albany. “New Yorkers have a simple choice: Whether to elect another career politician, who will uphold the corrupt status-quo — or choose an independent outsider, who will do what’s in the best interests of this state.” Wofford’s priorities also include combating opioid addiction by working with local prosecutors and communities and targeting any “super-villians” among manufacturers that knew they were producing a drug they knew would lead to abuse. Wofford also says past attorneys general have enforced unnecessary regulations through “flimsy lawsuits” that have restricted growth, particularly in low-income communities, at the hands of “ultra-liberal” leaders. He is the first African-American to be nominated by the Republican party for attorney general. 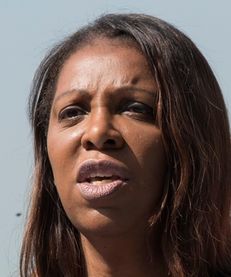 Background: James, 59, Brooklyn, is the New York City public advocate and won the Democratic Party’s primary.  James has been endorsed by most of the influential Democratic clubs and organizations in the state. She was a public defender and served on the New York City Council from 2004 to 2014 when she was elected public advocate, where she has expanded the office to introduce many bills aimed at protecting citizens’ rights and protections for consumers. She is a former public defender and adviser for former Gov. Mario Cuomo before working on Assembly staff and for former Attorney General Eliot Spitzer. She is a Howard University Law School graduate.

Issues: James is also endorsed by Gov. Andrew M. Cuomo but has repeatedly said she will be independent of the governor and head of the party. “He has a very strong personality. He is also is very peculiar,” she said in a recent debate where her independence was questioned. James has promised to take her progressive background to the attorney general’s office where she would enforce and protect civil rights, combat gun violence, as well as fight for immigrants and abortion rights. She said she would also take on President Donald Trump — “the White House is an affront to our democracy” — and seek to abolish his Immigration and Customs Enforcement agency, which she said has improperly detained immigrants. She hasn’t pulled any punches in promising to take on the Republican president: “It’s really all about sweet justice and bringing him down.”

Background: Sliwa, 40, of Manhattan, who married this year, lost in the Democrat primary to Gov. Andrew Cuomo and is running on the Reform line. She has practiced law under her maiden name, Regula, for 11 years. She is a Brooklyn Law School graduate and founder of City Kitty, a Brooklyn charity that protects feral cats and spays and neuters them, then finds homes for them.

Issues: Sliwa is running on a platform based on animal protection. She is a member of the Guardian Angels, the group whose members in safety patrols wear red jackets and berets while patrolling crime-ridden streets. She married Curtis Sliwa, the group’s founder, this year and heads the organization’s new animal protection unit. The new unit brings feral cats to rat-infested buildings while also spaying and neutering the cats. The unit also helps youths connect with the cats. She is also a legal consultant and adviser to the group. Recently she was in court for the Guardian Angels, who had nabbed a man suspected of lewd acts in the subway. 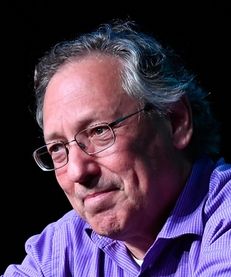 Background: Sussman, 64, is a longtime civil rights lawyer from Orange County. He says he left a lifetime as a enrolled Democrat to join the liberal Green Party so he wouldn’t be beholden to political bosses and so he could investigate corruption in  both major parties. In 2002, he was barred from practice for a year by the state Appellate Division which found he had deposited clients’ checks in the operating account of the firm, rather than an escrow account. All clients, however, received money owed to them, he said.

Issues: He said he would strengthen the office’s Public Integrity Unit to take on Albany’s “pay-to-play culture” by prosecuting public officers who take campaign contributions for personal and political gain. He also said he would support laws to further limit the amount of money that donors can contribute to politicians’ campaigns and political parties. As an attorney in Goshen, he said he has taken on fossil fuel companies to enforce environmental protections and was one of the architects of the desegregation effort in Yonkers schools. He said he would also fight the Trump administration’s hard-line policies on immigration that have separated families. He said his four decades in courtrooms gives him more litigation experience than all the other candidates for attorney general combined. 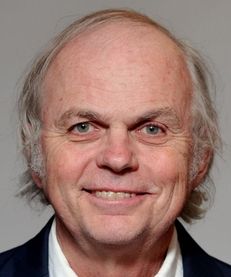 Background: Garvey, 68, of Amityville, is also running on the Libertarian line for attorney general. Garvey ran for Suffolk County district attorney in 2017 as well as previous offices including governor and Congress. He is a patent attorney and counsel to the state Libertarian Party. He is a Columbia University graduate and sailing instructor.

Issues: Garvey said he would focus not so much on the duties of the attorney general to represent state government, but on protecting individuals’ rights: “My priorities would be to prosecute crimes where force, threat of force, or fraud were used against persons or property. That would include such crimes by government officials.” He said his decision-making process is steeped in libertarian principles that “people should be free to do whatever they want, except initiate force, the threat of force or fraud against other people or their property.” His libertarian views include opposition to many gun control measures.