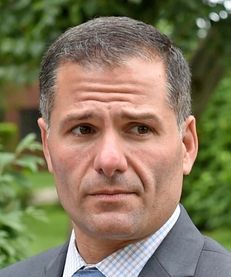 Background: Molinaro, 42,  grew up in Yonkers and Tivoli, and was raised by a single mother on food stamps. He went to public schools and earned an associate degree from Dutchess County Community College — if he wins, he’d be the first NY governor since Al Smith in the 1920s to not have a bachelor’s degree. He’s been in politics since he was elected to the Tivoli Village Board at age 18. At 19, he was elected mayor, becoming then the youngest mayor in America. He served on the county legislature for six years and as a state assemblyman for five before being elected Dutchess County executive in 2011, where he was considered a moderate focused on mass transit, health care and the environment. Molinaro and his wife, Corinne, have three children and live in Red Hook.

Issues: Molinaro has built his campaign around three central themes: Reducing property taxes and state mandates; fixing mass transit; and restoring credibility in state government after a series of corruption scandals. His economic plan includes having the state take over the full costs of Medicaid from counties (instead of splitting it), requiring a “supermajority” (60 percent) vote to enact any tax increase and cap state spending. His transit plan calls for repealing contracting laws that boost labor costs on public projects; enacting “congestion pricing” on driving in Manhattan to encourage mass transit use; and increasing the steadily deteriorating “on time” performances of subways and trains. His “anti-corruption” plan includes ending direct grants to private corporations, increasing auditing oversight of economic grants and tax breaks and prohibiting campaign contributions from entities pursuing state contracts. He touts his everyman background and notes he wasn’t “born into a political dynasty” like Cuomo. 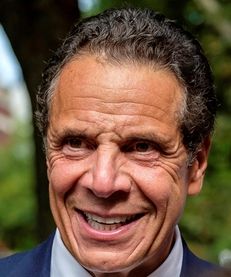 Background: Cuomo, 60, has been governor for two terms. Previously, he served one term as state attorney general and was federal housing secretary during President Bill Clinton’s second term. He ran unsuccessfully for governor in 2002. His father, Mario Cuomo, was a three-time governor. He graduated from Fordham University and Albany Law School of Union University. He was married to Kerry Kennedy; they had three daughters before divorcing. He has been a domestic partner of Food Network star Sandra Lee for more than a decade.

Issues: In his second term, Cuomo noticeably has tacked left, pushing “progressive” issues such as raising the minimum wage and expanding financial aid to public college students. He also touts first-term liberal measures, such as legalizing same-sex marriage and strengthening gun control. But he shifted positions on some issues when Cynthia Nixon entered the Democratic primary: Once a marijuana opponent, he’s now considering legalizing it. Once a backer of linking students’ standardized test scores to teachers’ evaluations, he now wants to de-link the two. Since winning the primary, he has acted more like he's running against President Donald Trump than Republican Marc Molinaro. Cuomo has sought to portray his administration as a bulwark opposing the Trump administration, fighting it on immigration, abortion, education, environmental and tax policies. He also criticized the president’s hurricane response in Puerto Rico and has made numerous trips to that island, pushing assistance efforts — which might help him among Latino voters. More than pushing new issues for a third term, Cuomo primarily is promoting his “proven leadership” by touting his accomplishments during the past eight years. 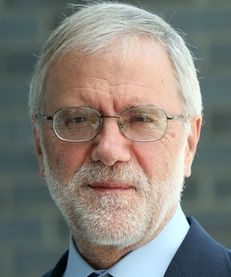 Background: Hawkins, 64, is the liberal Green Party candidate for governor.  Hawkins has been a fixture in the labor, peace and civil rights movements since 1967, when he was a teenager growing up in the San Francisco Bay Area. He is a socialist who believes in international solidarity for the working classes as a way to preserve democracy, freedom and equality. He enlisted in the Marine Corps in 1972 during the Vietnam War as he continued organizing against the war  and attended Dartmouth College. His candidacy for governor in 2014 earned more than than the 50,000 votes needed to give the Green Party and  automatic place on statewide ballots, avoiding the need for costly petitioning.

Issues: Hawkins said raising state income taxes by 10 percent on the top 1 percent of earners in the state would generate nearly $40 billion, and “the very wealthy would remain very wealthy.” The $40 billion increase would be a massive infusion in the $168.3 billion state budget adopted in April, but Hawkins said this added spending would spur the economy, and not be a drag. He said the state needs to invest $44 billion a year over the next decade to build a fully clean energy system, repair neglected highways and infrastructure to boost commerce, fully fund public schools and provide free tuition to the State University of New York and the City University of New York. “New York can afford these public investments if the rich pay taxes at the rate they did in the 1970s,” Hawkins said.

Background: Miner, 48, of Syracuse, is the former two-term mayor of Syracuse until term limits ended her run. She was courted by some Democrats to challenge Gov. Andrew M. Cuomo in a primary and by some Republicans to seek the GOP line, but instead chose to run on the fledgling Serve America Movement. Miner said one of her first jobs was working for former Gov. Mario Cuomo, who she credits as a political Socrates whose teachings have guided her public life. She graduated from Syracuse University and Buffalo Law School. She worked in private practice until she first ran for mayor in 2009 and became the city's first woman mayor. She is married.

Issues: In 2013 Miner shocked Democrat Party by writing an opinion piece in The New York Times that was critical of Cuomo's proposal to reform the state pension system. Miner felt it would hurt taxpayers by allowing borrowing by local governments. That was the first of several confrontations she had with the governor who had once appointed her co-chairwoman of the state Democratic Committee. Miner's focus has long been on corruption in Albany. One of the cases that resulted in federal convictions was an economic development project from the Cuomo administration in Onondaga County, outside Syracuse, where federal prosecutors focused on two major Central New York developers who were convicted of wire fraud and conspiracy and two former Cuomo aides convicted on corruption charges. Her campaign is also focused on providing more state aid to improve the state's infrastructure to boost the economy, to make state spending more accountable, and to provide affordable housing statewide while combating growing homelessness.

Background: Sharpe, 50, came into politics via the U.S. Marine Corps, the teaching world and the trucking business. He was born in Manhattan and joined the Marines when he was 17, leaving home just after finishing high school. After leaving the military, he taught English and then went into trucking and distribution. After selling his business, he shifted to selling advertising and eventually launched Neo Sage, a Manhattan-based business that trains sales and management professionals. He ran unsuccessfully to be his party's vice presidential candidate in 2016. He has a bachelor's degree from the University of Maryland. He is married with two children and lives in Queens.

Issues: Sharpe wants to legalize marijuana, end the "war on drugs," repeal the "Safe Act" (New York's new gun law), reduce government regulations for businesses and cut government spending. "New York businesses are overtaxed and overregulated," he says. He supports abortion rights. He proposes not charging employers payroll tax for two years if they hire an ex-convict returning to society. He would allow hydraulic fracturing ("fracking") for natural gas, which Gov. Andrew M. Cuomo has banned. He has said state-paid pensions are "bankrupting" New York and need to be scaled back. He would end Cuomo's practice of giving companies direct incentives to locate or expand in New York, and instead lure them by lowering overall taxes. His mass transit plan includes a proposal to cut tolls on tunnels and bridges by selling naming rights to MTA facilities (like with sports stadiums).